Nelson farmers affected by this week's fire are beginning to count their losses, while others in the region are preparing for the increasing possibility of severe drought. 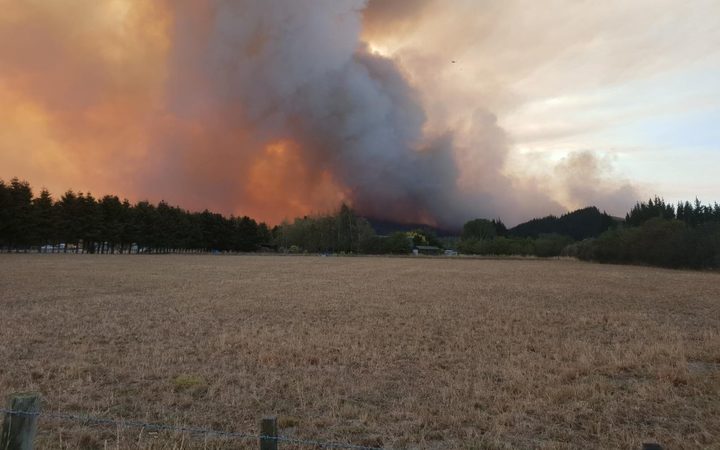 Farmer Steve German, whose stock had to be put down because of the fire, said it was going to be a hard road replacing them.

Mr German had about 80 breeding ewes up Redwood Valley Road next to a forestry block when the wind changed direction on Tuesday and went down the valley.

He said the SPCA shot some of the sheep on site the next morning and then in the afternoon they went up with the fire and police and mustered everything out of there.

In total Mr German said he lost about 66 ewes.

"I've been breeding them for 10 years... it was my premium breeding line of Suffolk ewes... [they were] a real nice flock of sheep... real shame to see them gone," he said.

Most of the homes evacuated due to the blaze were lifestyle blocks with a mixture of animals, including sheep and cattle.

The animal welfare co-ordinator at the Ministry for Primary Industries, Wayne Ricketts, said on Thursday it was still trying to establish how many animals had been lost in fire.

He said all of those with animals were desperate to get back to their properties.

"Quite clearly they want to get back and look after, and check their stock, so they're on tenterhooks," he said.

Mr Ricketts said a longer term worry would be the availability of animal feed after the fires destroyed much of what was already there.

Since Wednesday Stuart and Jane Mitchell have been keeping fifteen horses, including a 3-week-old foal, at the Nelson A&P Showgrounds. 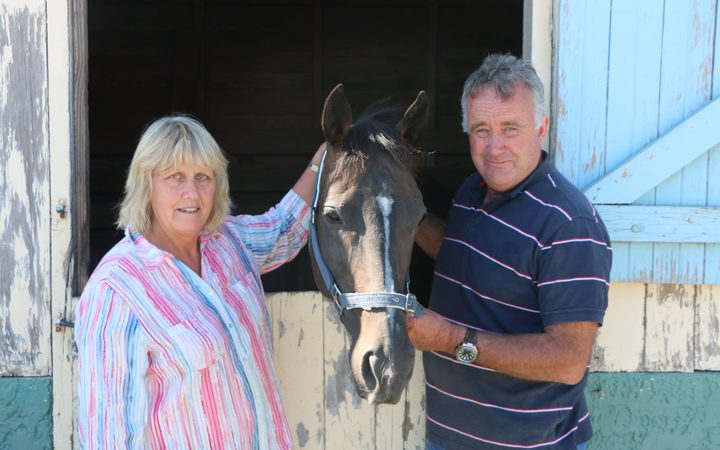 Mr Mitchell said they had been advised by officials to shift the animals off their property in Trass Valley, south of where the fire started.

"We haven't been shut out of our home at all, but it just made good sense to make some sort of initiative just incase we needed to move," he said.

Mr Mitchell said the event had been hard on the farmers who had lost stock and property.

"We actually work in the contracting industry.. we do balayage, and hay and direct drilling and a lot of the area that's affected, some of the farmland, we actually do cover with our business and yeah.. so I feel sorry for some of the farmers," he said.

The fire affecting Nelson comes on the heels of a long warm, dry spell in the region.

Mr Mitchell said there hadn't been any significant rain in the area since Christmas, creating tinder-dry conditions.

"It's been a pretty dry spell here, I don't think some people realise how bad it's been," he said.

Farmers in the Nelson-Tasman region are being told make contingency plans amid growing concerns a severe drought is likely.

On Monday the Tasman District Council imposed a 50 percent water cut on consent holders on the Waimea Plains, and there have been other cuts across a wider part of the district.

There was no significant rain forecast in the next few weeks and yesterday the council said in a statement on Wednesday river and ground water levels are continuing to drop.

A regional co-ordinator for the Rural Support Trust, Barbara Stuart, said farmers in the area should prepare for the worst.

"It's tinder-dry out there on the hills, and the Rural Support is very concerned for the farmers in the region," she said.

"We are really wanting them to make decisions early, to off-load stock, or buy in feed, or get extra gazing.. whatever they need to do they need to make contingency plans for a long dry," she said.

Mrs Stuart said farmers in the area were used to dealing with drought and managing water restrictions.

One of those affected by the 50 per cent water cuts is Waimea Plains apple grower, David Easton. 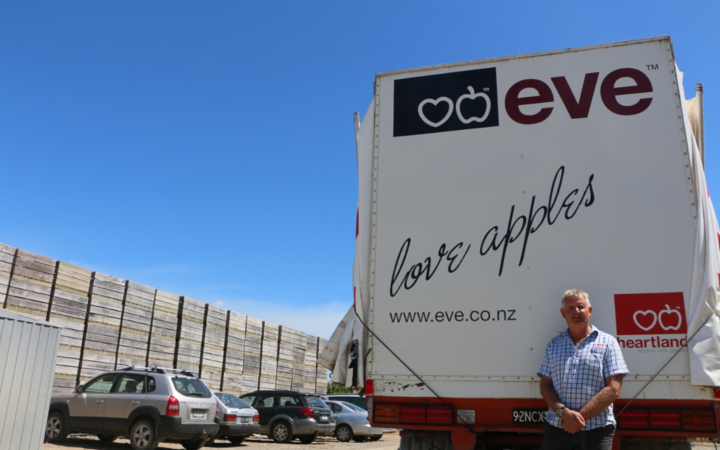 He said early apple varieties, which will be harvested soon, are doing well but later varieties could possibly struggle if the dry conditions continue.

"We've been growing apples on the Waimea Plains for over 30 years, and we've had one year where we've had a 65 per cent [water cut] and that wasn't until mid- late March... as so to get these sort of cuts at 50 percent before the middle of February is pretty severe," he said.

Meanwhile, Agriculture Minister Damien O'Connor has announced funding of $50,000 for Rural Support Trusts and primary industry groups to help speed up the recovery of farming and horticultural businesses.