The tedious task of removing pin bones from King Salmon could soon be a job done by robots. 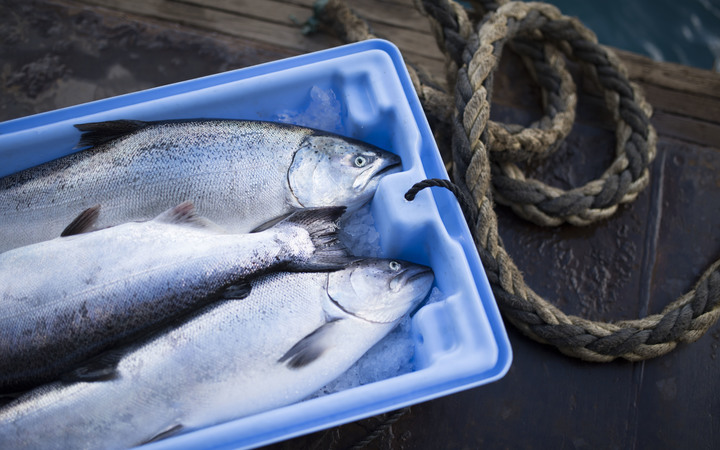 The salmon company's chief executive, David Cole, said it processed about 500,000 fish a year through its plant.

But he said at the moment it was limited by the time consuming and costly task of plucking out the more than 30 pin bones in every King Salmon fillet by hand.

"It's not something you can tackle manually, we couldn't possibly pin bone every fillet from every fish that we harvest... the size of the team and the frustrations of doing it manually would be overwhelming... so we pin bone only around 20-25 percent of our harvest at the moment," he said.

Developing this technology would make the company, which employed about 100 people, more competitive, he said.

"When you're competing in the global marketplace, with other producers around the world who are able to pin bone their fish automatically because their an atlantic salmon species, then we need to compete on the same basis," he said.

"Smartening up on our pin boning efficiencies is just one step towards matching the cuts and offerings expected by our global customers."

Unlike the more ubiquitous Atlantic Salmon grown elsewhere in the world, King Salmon or Chinook have a finer bone structure and technologies developed for automating pin bone removal for Atlantics could not be adapted for King Salmon, Mr Cole said.

The pin bone project was expected to take around 18 months to complete.

Mr Cole said once the robotic technology was in place, staff who worked on the pin boning line would be re-deployed to other, "more interesting," parts of the plant.

"You have to understand that it's probably the least attractive part of what we do, is the pin boning and we have to rotate our staff regularly in that area because it's a pretty frustrating, and mind-numbing sort of job I suppose," he said.

The industry and government funded group, Seafood Innovations, has provided more than $500,000 of financial assistance for the project.