Growing food crops in a series of layers in a high-rise building is no solution for New Zealand, a new study has found. 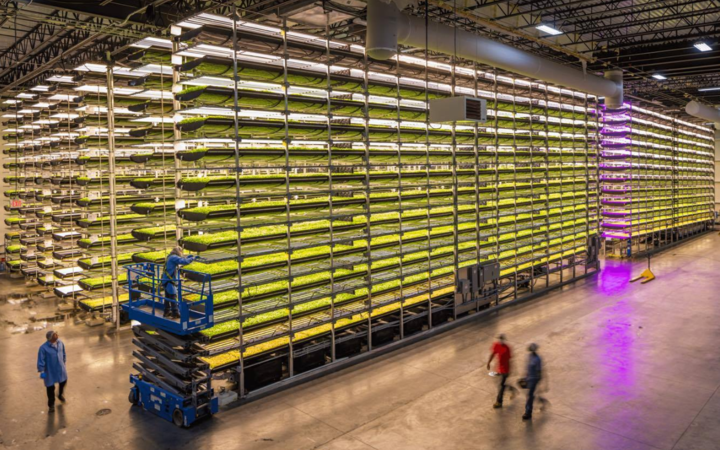 So-called vertical farming is practised overseas in places like China.

Under this system, layer after layer of crops are grown in trays in multi-storey buildings.

The aim is to conserve land area and control climatic conditions inside a building, leaving farmers less vulnerable to bad or even damaging weather.

But Horticulture New Zealand has just published a report saying this system would not work here.

Its environmental policy advisor Rachel McClung wrote her report against a background of stark figures.

She said the amount of land available for fruit and vegetables in New Zealand had shrunk by 30 percent between 2002 and 2016.

But the demand for the produce was forecast to grow by 33 percent by 2043.

That had prompted suggestions that vertical farming might be a solution. But Ms McClung's new research found against the case.

She found the requirement to replace solar energy for photosynthesis with electricity for artificial lighting and temperature control would be too expensive.

This was especially true in New Zealand, which enjoyed high levels of sunshine hours and had enviable growing conditions.

High capital investment and operational costs were another problem.

In addition, there were limits to the kind of crops that could be grown in a vertical farm, which were mainly leafy greens or herbs.

They did not proceed due to economic unfeasibility, but would not rule out the method becoming economically viable.

Even then, it would suit local markets, more than exporters.

In the meantime, government policy should carefully address the problem of diminishing productive land and food security in New Zealand, Ms McClung said.

She suggested two solutions to the problem, one was stopping urban development from sprawling over farmland by making cities grow up, not out.

Another solution was to convert land use to fruit and vegetables from other, less productive forms of farming.