Pests targeting New Zealand pastures are costing up to $2.3 billion in lost productivity each year, an AgResearch study shows. 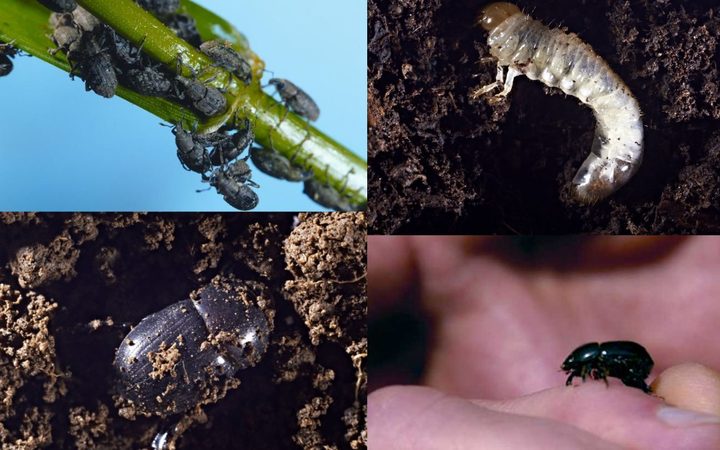 The study, published in the New Zealand Journal of Agricultural Research, is the first of its kind to estimate the economic impact of pests such as the grass grub, black beetle, nematodes and weevils on pastoral farming.

It found the total estimated annual losses were between $1.7b and $2.3b in "average" years, with up to $1.4b occurring on dairy farms, and up to $900 million on sheep and beef farms.

"Our research shows that the impact of the grass grub alone costs dairy farms up to $380 million, and sheep and beef farms up to $205 million, each year," said AgResearch scientist Colin Ferguson.

Losses attributable to these pasture pests were usually determined either on the basis of the amount of foliage they consumed, or reductions in pasture production.

"What this provides us is a good picture of the challenge we and farmers face with pasture pests, and it reinforces the need to invest in new and cost-effective ways to better control these pests," he said.

AgResearch was looking at pest control on a number of fronts, including the development of new biopesticides - naturally occurring organisms that could be used to target specific pest species.

This could replace chemical treatments that could be expensive and had unwanted impacts on the environment, Mr Ferguson said.