Vegetable costs have bolted as wet and humid weather takes its toll. 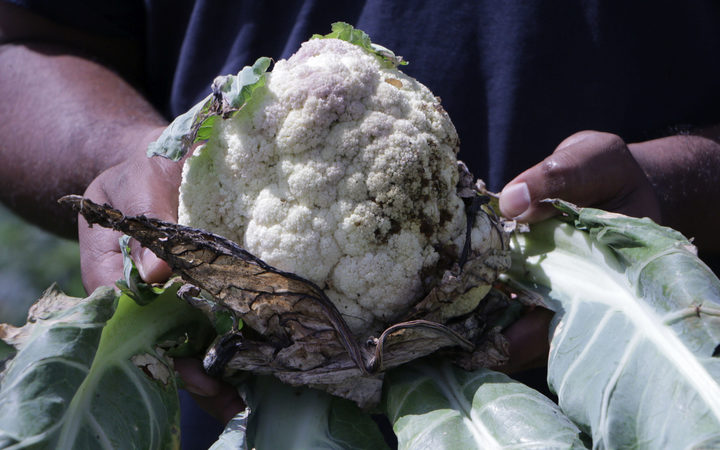 Nationwide, vegetables such as cauliflower have jumped up to $10 a head - more than double the usual cost.

Horticulture New Zealand chief executive Mike Chapman said heavy rain across many parts of the country, Cyclone Gita and high humidity are causing crops to go to seed or rot.

The limited supply means growers are losing production and money, he said.

"Growers are losing $100,000 a week because they just can't grow the range of vegetables they normally grow," Mr Chapman said.

And it will affect the workers and the rural community, he said.

"Those prices don't get back to the grower because the grower has lost production," he said.

"What you can do, is ensure the vegetables are grown throughout New Zealand and there is good roading infrastructure."

He said the government could issue National Policy Statements to protect growers, the soil and growing areas, Under the Resource Management Act.

A North Island cauliflower grower has lost 80 percent of his crop this season due to humidity.

"All the leaves are starting to turn and because they are wrapped around the cauliflower, they're going to damage the nice white part quickly.

"The water just stays in there and is slowly cooking the cauliflower in the field," he said. 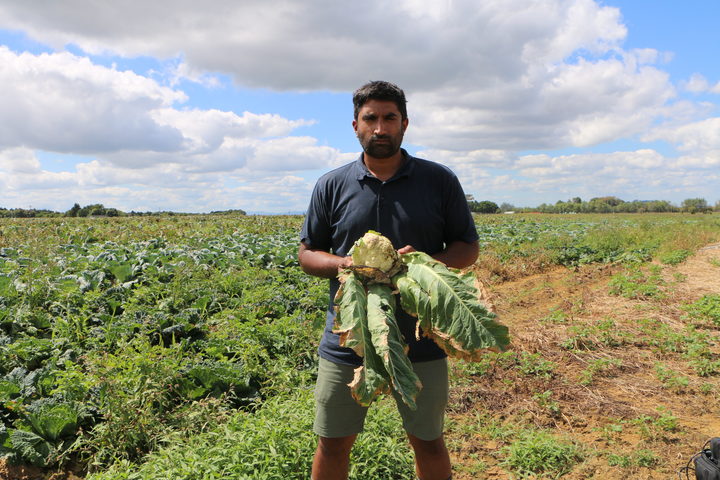 R C Hari growers have been farming in the area for 80 years and Mr Hari doesn't remember a summer this humid.

The retail price didn't necessarily cover the costs and it was unlikely the cauliflower crop broke even this season, Mr Hari said.

During a normal season, the prices would be fair, and the growers would be harvesting a healthy amount from the field, he said.

It's "gutting" how brown the usually-green crops have turned, he said.

The best thing to help growers would be for customers to buy the more expensive harvest, he said, but he was also aware that not everyone was in a position to do that.

Mr Hari is hoping for dry weather to salvage the rest of his crops.