A long-awaited new rabbit virus is finally going to be released in Otago to control plagues of the pest. 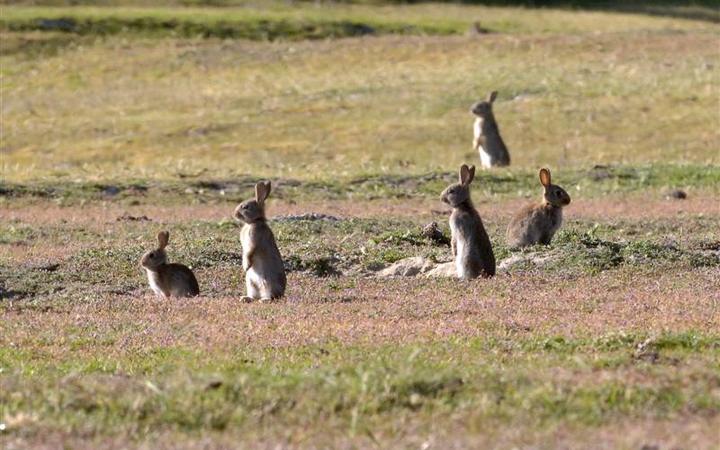 The rabbit haemorrhagic virus disease strain, known as K5 (RHDV1 K5), is expected to be a major weapon in controlling the huge number of wild rabbits in Otago.

A year ago farmers were promised the virus, but confusion over what approvals were needed delayed the release of it by a year.

Rabbits have been costing Otago farmers thousands of dollars in crop damage and control measures, and the Ministry for Primary Industries has now approved the virus to be released.

Federated Farmers representative on the Rabbit Co-ordination Group, Andrew Simpson, said it was a huge relief.

"It's been a long time coming. We were hoping to have it 12 months ago but the application took a lot longer than we anticipated ... so it's really exciting."

He said for the greatest hit rates, it was important the K5 strain was released among the pest rabbit populations in March and April. 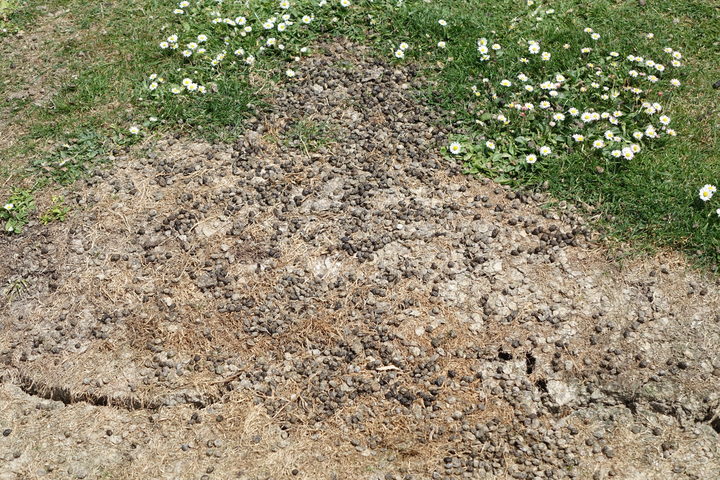 The rabbit numbers are causing problems for farmers and land owners by causing destruction and eating the grass that would have fed stock. Photo: RNZ / Tim Brown

"There's some pretty horrendous numbers out there, it would be classified as plague proportions in some areas.

"Especially the eastern side of the Mackenzie Basin, and also central Otago ... are experiencing huge population growth."

It is hoped that the new virus will kill 40 to 80 percent of wild rabbit populations.

Mr Simpson said it was important that people vaccinate their pet rabbits against the virus.

"The major nationwide release will be undertaken through March and April 2018, as research suggests this is the optimal time to increase the effectiveness of the virus against wild rabbit populations.

"The controlled release will use a high-quality commercially prepared product at selected sites identified by participating local councils.

"While not the silver bullet for rabbit control, we anticipate that the new strain will greatly assist the control of wild rabbit populations by supplementing more traditional control methods."

He said the impact of the RHDV1 K5 release would be monitored at a range of representative sites.