A moth that attacks red clover, with "devastating" effects has now been found nationwide. 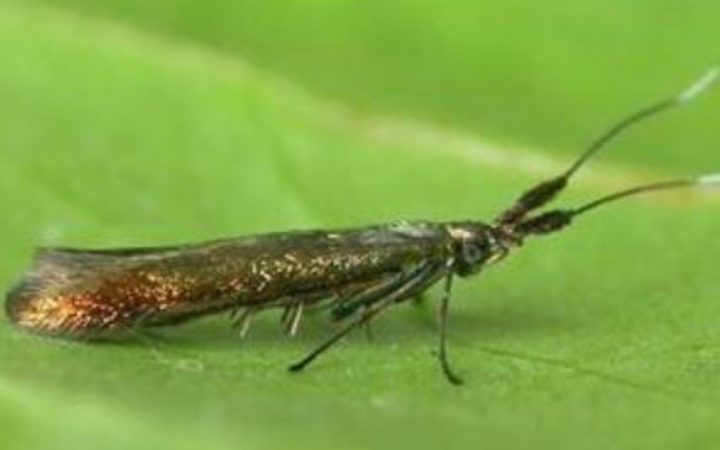 The red clover casebearer moth was first discovered in Auckland two years ago. It has now been found in pheromone traps at the bottom of the South Island, leading researchers to believe it has actually been in the country for around 10 years.

The larvae eats the red clover's seed, spurring fears for the seed industry, the seed research manager for the Foundation of Arable Research Richard Chynoweth said.

"It's not an issue for pasture but in a cropping scenario it can be devastating," he said.

Farmers can usually expect to haul in around 400 kilograms per hectare of seed but last season some took in just 20 kilograms, Mr Chynoweth said.

The life-cycle would make it very hard to eradicate but insecticide usage would be an obvious tool to control the pest.

"We don't really like to use insecticides over flowering because of crops being visited by honey bees and bumblebees," he said.

Moths fly in that time frame and the first season of the crop is unlikely to be effected, but numbers build over the years so issues could appear in the clover's third or fourth season.

Growing crops for only a couple of seasons could be a control method, he said, and there are other potential options around bio-control.

"We have good levels of bio-control for the white clover casebearer moth and we're trying to work out if there's some effect on the red casebearer."

Farmers who have widespread issues with the moth should contact the foundation, he said.

The moth can be detected if there are no seeds in the seed-heads and holes in the florets.