Farmers are keeping a close eye on the rain radar, as soil moisture levels plummet. 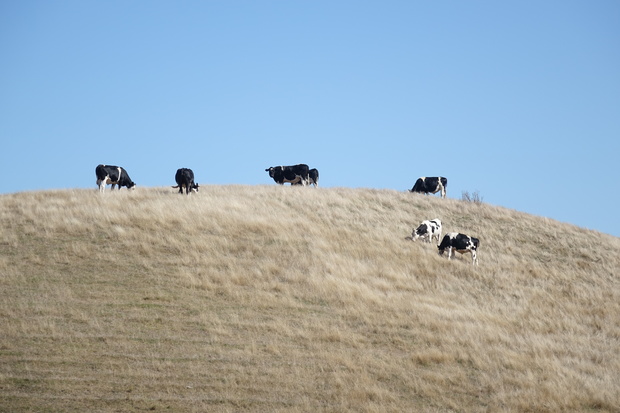 Niwa's summer outlook is forecasting warmer than average temperatures for the whole country and an increase in rainfall for the top of the North Island.

Canterbury based farm consultant John Ryan said the soil moisture levels have gone from too wet to too dry in the space of a month.

"There's been a dramatic shortage of rainfall to put it bluntly. We're now facing soil moisture deficits on most properties."

The North Island and much of the South Island measured well below normal soil moisture levels, he said. 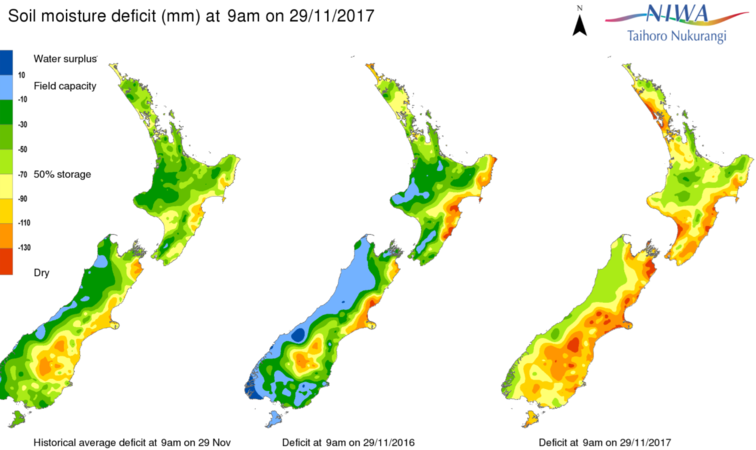 "It's most pronounced in the west, so we're talking about places from western Northland ... down into the Wairarapa and Wellington regions, and then covering much of the South Island interior parts and particularly along the West Coast of the South Island."

Wilting point, which is the minimum amount of soil moisture needed to sustain plant growth, is also low.

"Some places are already at, or approaching, the wilting point - so this is quite significant from an agricultural perspective.

"Places like Greymouth, Mount Cook, Arthur's Pass ... places in Canterbury like Lincoln, which is tracking for its second driest month overall since records began in 1881."

Mr Noll said the dry weather was set to continue because of La Nina conditions.

"In the short term it does not look like much help will be coming for those dry soils."

"We've really missed out on perhaps 50 percent of the normal bulk of the spring growth because on the lighter land as soon as they come under pressure ... most grass species go immediately to seed."

Weather patterns were making some farmers plan further ahead, he said.

"I've had people de-stocking ewes and lambs all counted since early November, simply to create space and to not put themselves under market pressure later in the season."

People were not panicking yet, but should do their homework, Mr Ryan said.

"Nothing like getting two or three auctions in line for the cut-off date for various auctions, to be proactive and make a move before the situation becomes difficult."

Mr Ryan said the good news is that prices for all markets, except cross-bred wool, were well above recent years.