A south Marlborough farming couple whose property was torn apart in last November's quake have had to replace the farm's entire infrastructure. 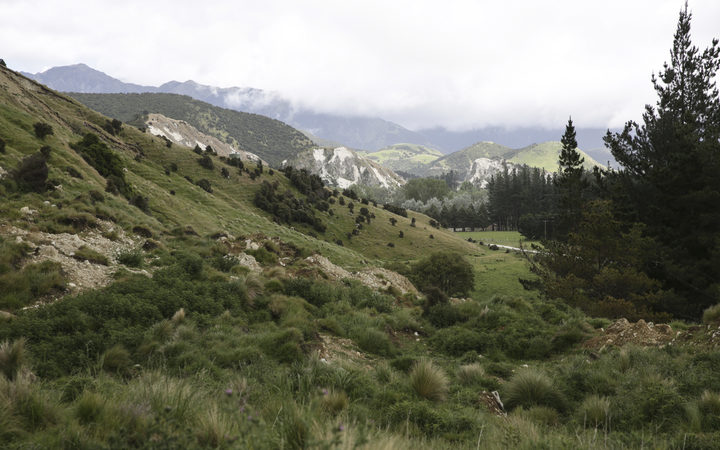 The Papatea fault - one of 21 that ruptured in the Kaikōura quake - runs right through Rick and Julia King's 3500ha Middle Hill Station in Clarence.

It destroyed a cottage on the property, and almost destroyed the farmstead home, which the Kings have patched up enough to get them through the winter.

The faultline rupture has become a case study for scientists, who say the 10-12m uplift of land in places has not been recorded anywhere else in the world.

RNZ caught up with Mrs King while on a field trip with GNS Science to quake-fractured Marlborough.

Mrs King was walking her Jack Russell dog Tinks, who was busy trying to catch a drone hovering just above her head.

GNS was using the drone to monitor a large group of scientists marvelling at the massive uplifts on the property, and the instant bluff that was formed down to the river.

Mrs King said that since the quake Tinks has developed some unusual habits, like scratching holes in the carpet every time there's a shake.

But holes in the carpet have been the least of their worries.

"The home we're going to rebuild, but we're very lucky we've been able to live in it. Where it separated we just plugged it up with expanding foam and got through the winter. We were lucky the chimney didn't come down so we were warm and dry. What more can you want?" 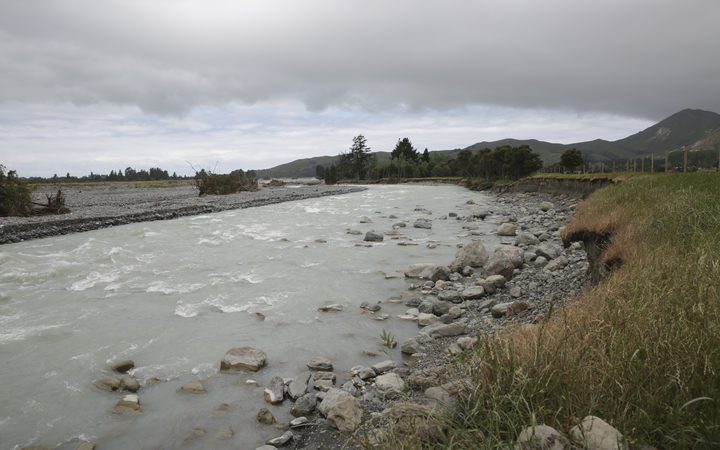 The quake changed the course of the river, which now erodes farmland Photo: RNZ / Richard Tindiller

The Kings run 4000 stock units on the south side of the Clarence River. Access to a popular boat launching area is now impossible because the ramp is 10m above the river.

Mrs King said despite the challenges they have achieved a lot in the last year.

"We've had to replace all infrastructure on the farm. We've built a new deer shed, new yards, new wool shed, [redone] irrigation - it's been huge."

Mrs King said insurance covered only part of the cost of what they faced.

"We got that one out of the way as quickly as possible so we could just move on."

She said they lost some stock in the quake - deer bolted in fright, others were found dead among the limestone slips.

The Kings are now battling to save parts of the farm from a re-shaped Clarence River. The quake and subsequent flooding have brought down tonnes of shingle which have carved out a new course, and taken out a lower paddock and fencing.

Mrs King said it is just something new to worry about.