Seventeen new growers, some of them small-holders and some large-scale investors have applied to pump up to 2-million-cubic-metres a year from the Aupouri aquifer, north of Kaitaia.

If they are successful in gaining those water rights, Northland is set to become the avocado capital of New Zealand. 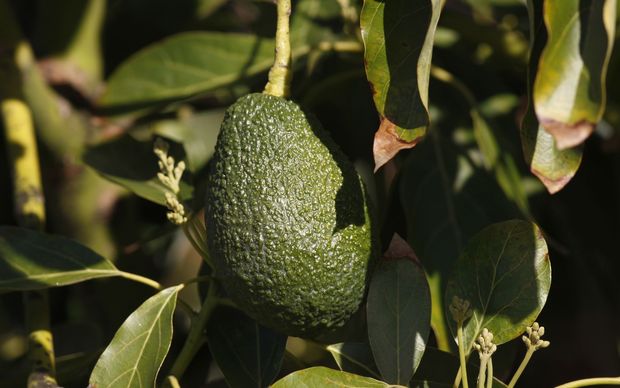 King Avocado, 20-kilometres north of Kaitaia is already the country's biggest producer, with 160-hectares of trees.

The average New Zealand orchard is about 3 hectares.

The new Northland growers want to plant avocados on another 600 hectares on the Aupouri peninsula, and some have begun planting in the expectation of a water allocation.

Alistair Nicholson, of the Avocado Growers Association, said an estimated 300,000 more trees would boost Northland's GDP, and create a number of permanent jobs.

"In the Far North, if you've got a hundred-hectare dairy property, you might create one or one-and-a-half fulltime jobs. If we have a one-hundred-hectare avocado orchard, we'll generate 10 or 11 jobs because of the intensity of labour required year-round," he said.

The temperate climate and sandy free-draining soils of the Aupouri Pensinsula were ideal for avocado-growing, Mr Nicholson said.

The 17 prospective growers have applied to the Northland Regional Council for consent to take a total of more than 16-thousand cubic metres a day from the Aupouri aquifer, which is replenished almost entirely by rainfall.

Half of the entire allocation would be used by the two biggest growers, Murray Furlong and Honeytree Farms, to irrigate a combined 270-hectares.

The hydrology study commissioned by the applicants and peer reviewed by an NRC consultant, says the overall take could lower water tables in some areas on the peninsula by about 2 metres at peak times, and that in turn could affect existing bores and wells.

One of the seventeen applicants is local iwi Ngai Takoto, which wants to develop about 60 hectares of land regained by Treaty settlement.

Chairman Rangitane Marsden said the iwi was hoping there'd be an intensive study of the aquifer and all possible horticultural options before any water was allocated.

But he said with water rights allocated on a first-come, first-served basis, and an avocado gold rush underway, Ngai Takoto could not risk hanging back and missing out.

"It's a rush, like there's gold in them thar hills and everyone's at it," Mr Marsden said.

"Prior to this it was (manuka) honey; before that it was swamp kauri, now its avocados developing a reputation world-wide for health reasons, and people can't get enough of them."

Rangitane Marsden said Auckland and Australian investors had bought land for avocados on the Aupouri Peninsula and the rush had sparked interest from locals who saw it as a way to make their smaller blocks productive.

The Northland Regional Council has grouped all seventeen water-right applications together and consulted hydrologists about the possible effects of the combined water-take.

The council's regulatory manager Colin Dall says the experts found some existing bores could be affected, at peak times, but saw no threat to small lakes or wetlands as long as limits were set, to protect the aquifer from over-use and potential salt water incursion.

"We got the applicants' (hydrology) report peer-reviewed, and the review indicated there would be some localised effects, but the impact on (wetland) systems would be no more than minor," Mr Dall said.

The president Fiona Furrell said there was insufficient data or monitoring of the aquifer, to allow much more than guesswork on the likely effects of the water-take.

She said the greatest danger was salination as the aquifer came under pressure, which would ruin Aupouri's many tiny lakes and wetlands, Mrs Furrell said.

"The line of proposed bore sites is right next to DOC's Motutangi Scientific Wetland Reserve.

"We have sent this consent through to the new Minister of Conservation because it will directly affect DOC land which shares the aquifer so we now have to wait and see what action they will take to protect our wetlands for the rest of New Zealand," she said.

A spokesperson for the Minister Eugenie Sage, said she had asked DOC staff to investigate the risk.

The Regional Council said the only people entitled to make submissions on the water consents were Aupouri residents whose wells could be affected by the avocado growers' scheme.

It has notified those residents and bach owners, and given them until November 24 to respond.