New Zealand could face a shortage of shearers because they're not being trained, an industry organisation says. 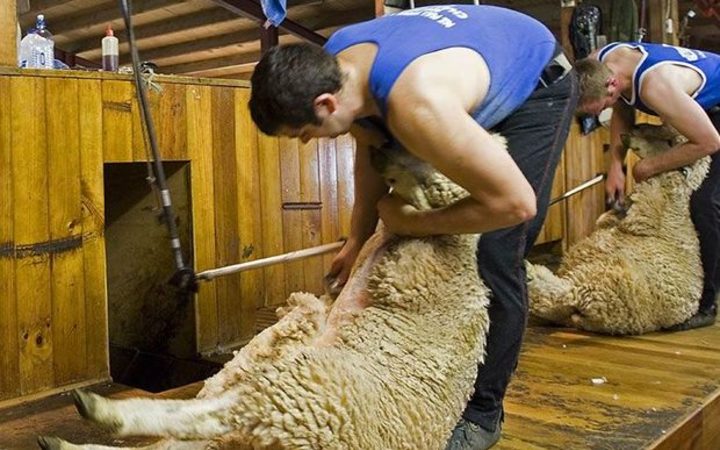 Wool Research Organisation chair Derrick Millton said young people were not as attracted to shearing as a career as they once were. He said there was no specific training organisation to promote shearing and woolhandling.

"The age of the shearers for a start off, they're getting older and no new ones coming in... There are a lot of other jobs today that are more appealing than shearing.

"It seems to always work out that we have shearers on the day, but looking ten years out I'm worried that we're not training enough woolhandlers and shearers."

Those in the industry were dedicated to it and while there was a lot of competitive shearing, there needed to be more of a plan to attract newcomers, he said.

Mr Millton wants to see a tertiary organisation take up the cause and provide training.

"It's just a matter of having an organisation or body that will attract the right people, encourage them, and fund the necessary training that they need."

Meanwhile, the market for cross-bred wool continued to suffer badly, but all hope was not lost, he said.

The rise of synthetic carpets, a fall in demand from China and the 'I'd rather go naked than wear wool' campaign from animal-welfare activists made life difficult for the industry.

"Most of our income, about 80 percent, will come from meat. And the meat industry is looking quite buoyant at the moment, hundred dollar lambs," he said.

"While you've got that going on there will always be wool on the sheep so we'll always have a wool industry... We're not going to see the wool industry fall over."

The Wool Research Organisation is currently working on a seven-year project to find new uses for cross-bred wool.

Mr Millton said with lower numbers of sheep than previous years, the industry could be tightened up.

"We need a lot more collaboration within the marketing, the brokering, and the selling part of the industry."