A study showing a 500 percent rise in human exposure to glyphosate proves people ingest it when eating Roundup-sprayed crops, the lead researcher says. 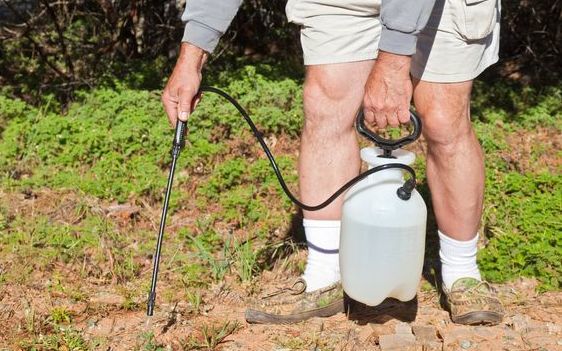 The study from San Diego School of Medicine published in the Journal of the American Medical Association this week tested urine samples from 100 randomly selected men and women between 1993 and 2016.

It found levels of glyphosate in urine had increased by about 500 percent over those 23 years.

Glyphosate - the key ingredient in the Roundup, a weedkiller produced by Monsanto - has previously been singled out by the World Health Organisation as possibly causing cancer.

He said the urine samples were proof people could ingest glyphosate just by eating some food products.

"Crops are sprayed with Roundup, the crops absorb some of the Roundup, and then when we eat those crops we ingest the Roundup and glyphosate," he said.

"That's what we measured in the urine, the glyphosate excretion ... it is significant ... the levels we're seeing in people are quite high."

Prof Mills said the next step would be to see how the levels of glyphosate related to the health of the people who had been tested.

"I am concerned, this is one of the reasons I put together this study because there wasn't such information in the biomedical literature, and I thought we needed it and we needed to start having some good data to have a conversation around these questions."

The Environmental Protection Authority (EPA) said in a statement that the authors of the new research stated the concentration of glyphosate was "considerably below any concentration found to have any impact on animals".

"The EPA is also aware the IARC report from WHO is being questioned because it appears that the draft report was altered substantially before it reached the public; the draft report indicated no link to cancer from glyphosate," the statement said.

Meanwhile, the European Parliament wants glyphosate to be phased out over the next five years].

Reuters reported it voted on Tuesday to urge the European Commission to phase the chemical out across the EU by mid-December 2022.

The vote - with 355 to 204 in favour - came a day before the 28 member nations were due to discuss a European Commission proposal to extend the licence for glyphosate by 10 years.

The commission then dropped the proposal, saying it would be seeking a consensus.

Reuters said the European Parliament also demanded that the Commission and EU member states to immediately ban the use of glyphosate in households, public parks and farms if other biological pest control was available.

NZEPA said the EU decisions were being watched and considered, but its focus was on safety and protection.