About 20 percent of farmers are not up to scratch with new health and safety regulations, WorkSafe says. 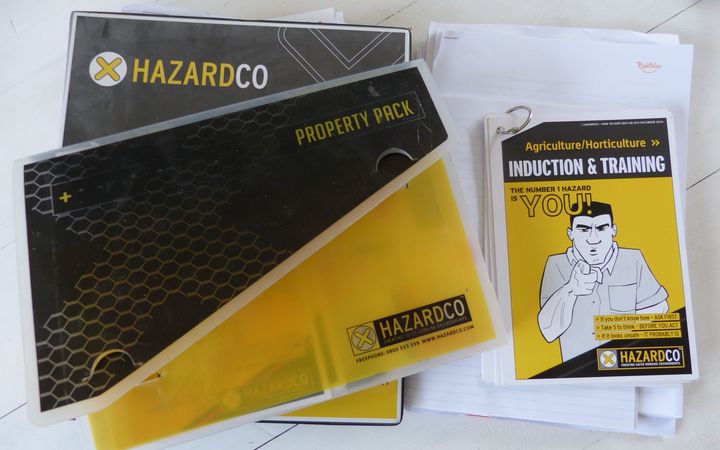 Health and safety rules were tightened about 18 months ago to try to reduce the number of deaths and accidents. As a result, farmers now have to formally identify and manage risks on farm, and have a health and safety plan that is checked by an inspector.

In the past six years the farming sector has had almost four times the number of workplace deaths than forestry, construction and manufacturing, but this year those figures were lower.

WorkSafe statistics showed that nine people died in agricultural workplaces this year up to 1 October, compared to an average of 15 deaths for the same period each year from 2014 to 2016.

WorkSafe agricultural leader Al McCone said there has been a lot of grumbling from farmers about the amount of paperwork involved since the health and safety rules changed.

The paperwork was essential, however, and not just because bureaucrats required it, he said.

"That is the message we have got out there, it is not all about paper work, it is about identifying those risks, working out what to about them and then getting on and doing it."

But between 20 percent and 40 percent of farmers have not embraced what they should be doing, WorkSafe surveys revealed.

However, Mr McCone said it was not the most accurate picture as farmers could be doing what is required but interpreting the survey's questions in different ways.

"We think there [are] 20 percent who are just turning their back on the whole thing going, 'we are not interested'."

Some farmers got up to speed quickly, while others were waiting to see how other businesses did things, and would then follow suit.

Those blatantly not doing anything were penalised with fines, he said.