Farmers say it's been a fantastic season for lamb, as a global shortage of the meat is pushing up the prices. 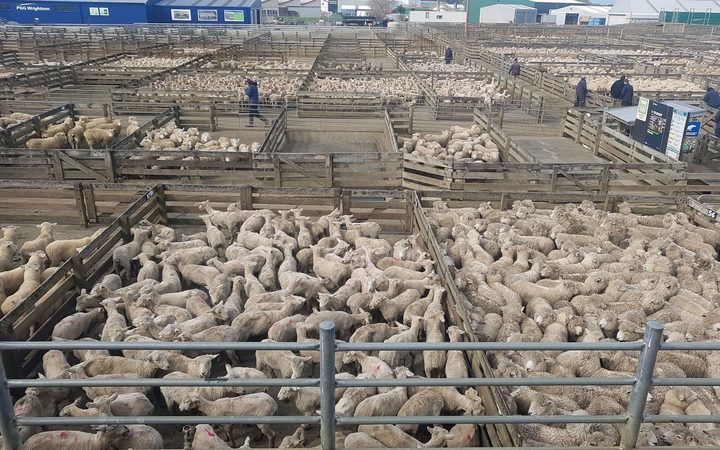 The Feilding sale yards can have up to 40,000 sheep at the biggest sales. Photo: RNZ / Jemma Brackebush

Ewes are being sold with new season lambs, fetching between $85 and $95 at sales

Chilled export lamb prices have reached historically high levels, with the average price of $14.50 per kg, a 20 percent increase on the year before, according to AgriHQ.

Bright-coloured stock trucks line the streets of Feilding every Friday morning, as sheep and cattle are carted from around the district and brought to the yards, which lie in the centre of town.

PGG Wrightson livestock agent Tony Gallen, who has been in the business for 15 years, said Friday's sale was relatively small with only about 5000 sheep, compared to autumn sales when there could be up to 40,000.

Supply and demand had pushed up prices, he said.

"There is a general shortage of sheep. The kill numbers are down and the droughts for the last two or three years around the country have certainly affected the breeding numbers, so the lamb numbers are down which is causing a bit of demand." 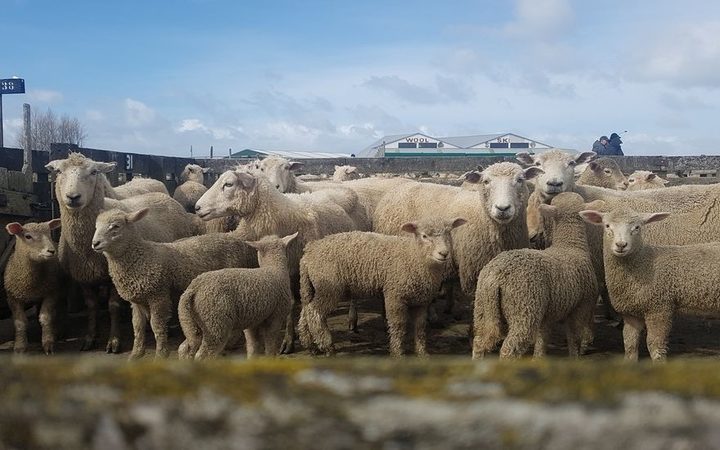 Farmers, stock agents and sheep traders line the outside of the pens, eyeing up stock and listening out for prices.

Farmer Matt Radford drove two hours from his 950ha station in Akatio, on the east coast, to check out the prices.

"We do most of our selling on farm and that'll be early November for us, we'll start then. Hopefully we'll be killing some and the rest will go to store."

He hoped to average $100 for his lambs, but knows it would come down to the climate and what supply there is in a few months.

Lambing survival rates have been great, he said, and while it had been one of the wettest winters he had seen it was good heading into summer.

"It's been good for us because we've been through two to three years of dry, so the water table is full and the grass looks like it's going to grow."

John Dermer runs sheep, fattens bulls and grows crops on his Cheltnham farm just north of Fielding. He's also in the business of trading sheep and is a regular at the sales.

Low lamb prices meant it had been a rough few years for sheep farmers, he said.

"I don't think the lamb price has increased for several years now, but every other thing that they have to pay has, so simply they're getting squeezed.

"All the costs of running any sort of farm has increased, while their margins have dropped."