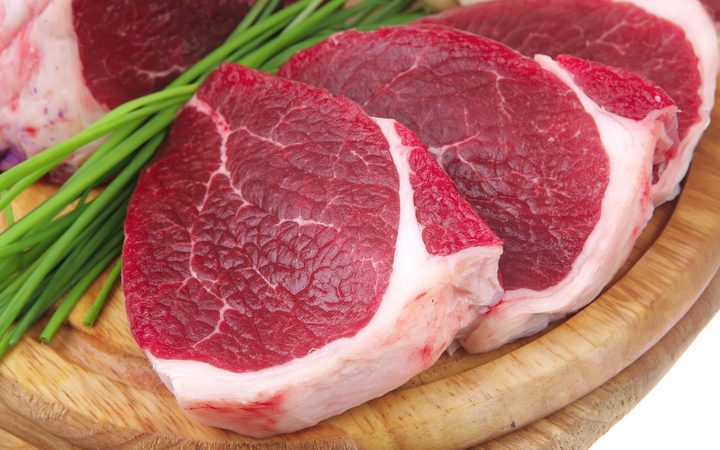 The amount of Kiwi lamb on british plates is dwindling. Photo: 123rf.com

New Zealand's market share of lamb in the UK has dropped from 22 percent last year to 18 percent, according to new AgriHQ figures.

Exporters have been trying to divert frozen lamb away from the UK market in the past couple of months.

New Zealand's largest sheep meat exporter, Alliance, said New Zealand exported 15 to 20 percent of its lamb to the UK, and while chilled volumes had remained the same, frozen exports had dropped.

Alliance general manager of sales Murray Brown said that was due to several reasons.

"With the Brexit situation, in terms of consumer disposable income, it's probably been tightened a little bit, and so meat and general food products are down."

New Zealand was pushing into other markets such as the US and Middle East. The AgriHQ figures showed that exports to the US were up 17 percent on last year and up 30 percent in the Middle East.

Mr Brown said political and farmer pressure for UK supermarkets to only stock British lamb was not having much of an influence on exports.

"This is not new, and in terms of sustainability in farming ... in the UK they're trying to keep their own farmers on the land and develop better productivity.

"So we do see this from time to time and there are retailers that have gone for a buy British campaign."

He said the UK market was still uncertain because of Brexit and Alliance did not know if tariffs or quotas would be affected at this stage.

"Whatever happens between the UK and Europe, I don't think it has a huge impact on exports to these countries... It may be a slightly different mix [of meat exports]," he said.

"It will have some sort of impact across the supply base."