Farmers in coastal Taranaki are struggling through what some say is the wettest few months they can remember. 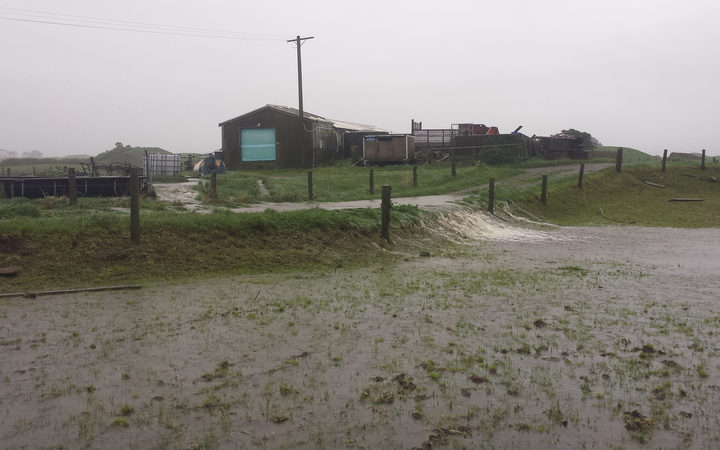 Vaughn Brophy's dairy farm has faced the wettest July and August he has seen. Photo: Supplied

The National Institute of Water and Atmospheric Research (NIWA) has confirmed parts of the region are experiencing up to 150 percent more rain than normal, and says there could still be more heavy rain on the way.

Vaughn Brophy has farmed dairy cows near Cape Egmont on the coast of Taranaki for over 30 years.

He said it had been wet right through summer, autumn and winter, soaking his farm and flooding the water table.

"The excess water ... has just made life hell. Every time you move cattle, they pretty much turn more grass into the dirt than they actually eat, which in terms of recovery makes life very difficult going forward." 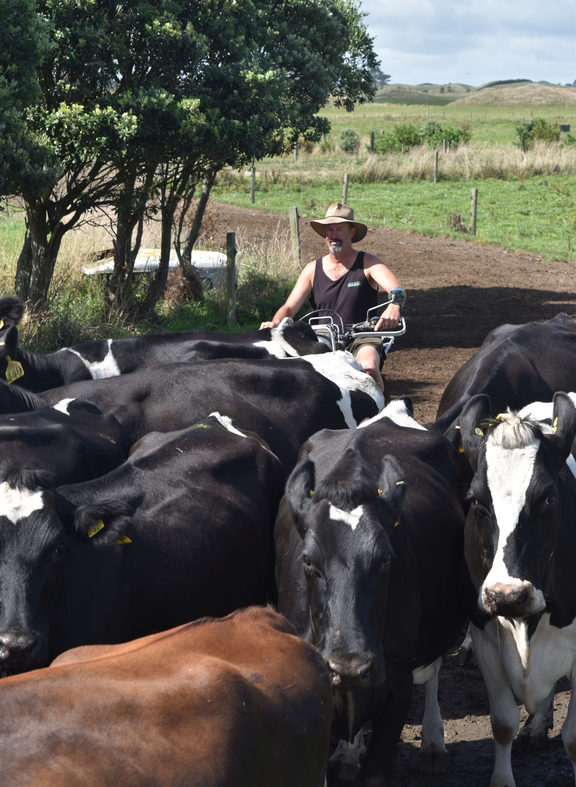 Mr Brophy said the rain has been relentless and was getting people down.

"When you're forever living in wet weather gear, your raincoat and leggings, and trudging around in mud, which kind of sucks at your feet and ankles - [it's] difficult.

"Well, depressing is one word ... a pain in your nether regions is where it's at."

This July and August had been the wettest he had seen, he said.

"Last year was pretty bad, but this one ... it just seems to be a constant top-up. Three or four days maybe is the longest break we've had without rain of some description.

"And when we get rain it's at least 50mm, which just fills all the lakes back up again."

Mr Brophy said he was worried about the next few months, because the cows need to be in good condition to be mated for the next milking season.

NIWA principal forecaster Chris Brandolino confirmed this August had been a wet one for the Taranaki region. Stratford, for example, had 288mm of rain in August, which was 150 percent more than normal, he said.

"It's been the persistent nature of the rain, the number of rainy days or days with wet weather, [which] has been a real issue across the Taranaki region.

"Up until recently we haven't been able to string together successive dry days to help dry the soils out."

Mr Brandolino said there could be more rain on the horizon.

"For the month of September we'll be watching for the potential for some heavy rain, I think, [in] the middle to later part of September."

While this was looking relatively far into the future, as far as forecasting went, there could be several "significant weather events", he said.

"There have been signals ... could be some significant low pressure or storms that move across the Tasman, this would bring about the risk for some meaningful rain."