Farmers in the hill country and foothills of Mid and North Canterbury are in the firing line for what weather forecasters are calling an "alarming snow event". 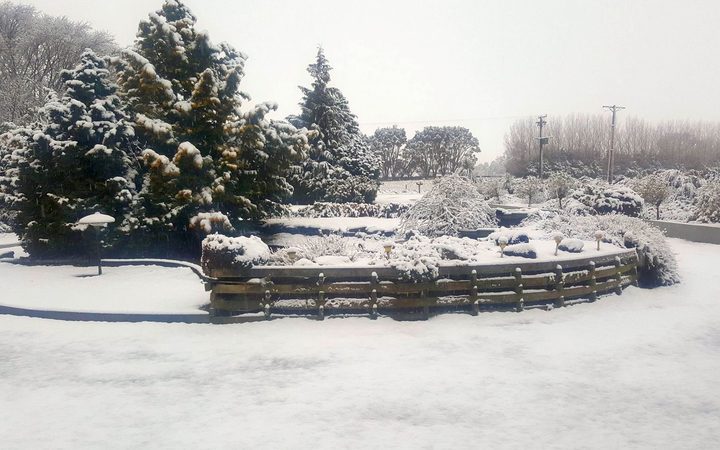 The Canterbury Weather Updates Facebook page says it will be one of the larger snowfalls in recent years, and likely to bring snow to very low levels starting tomorrow.

"On Tuesday afternoon conditions start to deteriorate from the south, with an impressive and nasty system moving north and taking firm control though the week.

"What makes this system and week ahead rare is the unusually high moisture levels and longevity of this wintry period of weather."

It described the system as a "rare snow event" and said farmers and people living and operating above 300m to 400m should respect the warnings and prepare for an extended period of snowy and bitterly cold weather.

"Significant snow to fairly low levels will cause issues around transport on our higher roads, in addition to farmers and their day-to-day operations. Snow, wind and the duration of this event is likely to put stress on livestock, especially above 400m to 500m."

"Especially those in the high country, they could end up with stock in the wrong places if they don't take heed... most of those guys are pretty good and they'll be getting their stock down today."

He said the power supply companies in Ashburton had become a lot more reliable and the chances of long-term power cuts were lower.

People should make sure they had enough food supplies because roads were likely to be closed, and farmers should move stock being break-fed with portable electric fences.

"This time of year a lot of stock are behind wires so if it's forecast really bad then take stock off paddocks so you don't have wires down and stock all over the place.

"Put them in holding paddocks somewhere with a bit of shelter."

Other precautions included taking the retainer pins out of gate hinges so gates could be lifted out of the way if needed, checking generators had fuel and started, and checking gas bottles on the BBQ, which could also be useful in power cuts.

He said luckily most farmers higher up in Canterbury hadn't started lambing yet.