Demand for beef calves is driving down the number of bobby calves being processed and providing a lucrative side business for dairy farmers. 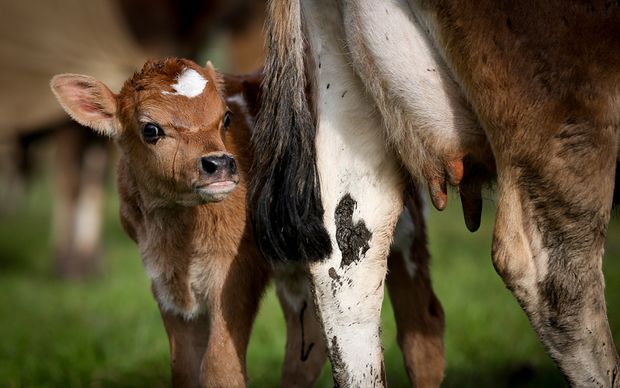 On dairy farms, where 70 percent of all calves are born, those not needed as dairy replacements have traditionally been sent for slaughter.

But that's now changing, according to Doug Lineham, from Beef and Lamb's Dairy Beef Integration Project.

He said feeder beef cross calves were making on average about $150 compared to somewhere between $20 and $40 for a bobby calf.

Mr Lineham said it was a no-brainer.

"I think it is something that has sat there for a long time."

He said he thought the market would easily sustain an influx of beef calves.

"There is a very good return on a four- or five-day-old calf and there is room for everybody to have a look at it."

While he saw no downside, there was one challenge.

"There needs to be more work done crossing beef with Jersey and Jersey cross cattle because there are genetic crosses there that will produce very good table beef.

"We need to exploit that further."