Kūmara prices are nearly double what they were a year ago due to disastrous weather this season, growers say. 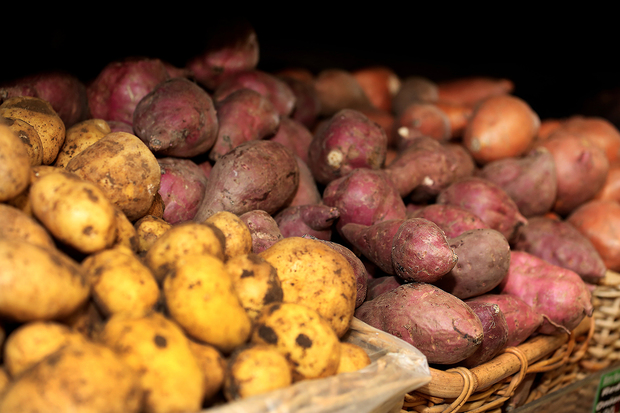 The kūmara crop is down by around 35 percent on normal years. Photo: RNZ

Kaipara Kūmara manager Anthony Blundell said the crop was down about 35 percent on normal years due to the wet weather that hit in March.

Mr Blundell said the season didn't start off well with a wet spring but the biggest damage was done by the cyclones that swamped kumara fields in March.

"So it really made harvesting conditions very difficult. That three week window in getting a couple of months rain really had an adverse effect and added a lot of cost to growers in harvesting their crops.

"There's just the one harvest per year and those two months - March and April - pretty much 80 percent of the crop comes out of the ground in that time."

Mr Blundell said the weather driven shortage had driven the price of kūmara up because supply had to be managed so crops weren't exhausted.