Mangere fruit and vege growers Fay and Joe Gock have been recognised for their pioneering work, as this year's winners of the Bledisloe Cup, the industry's highest honour. 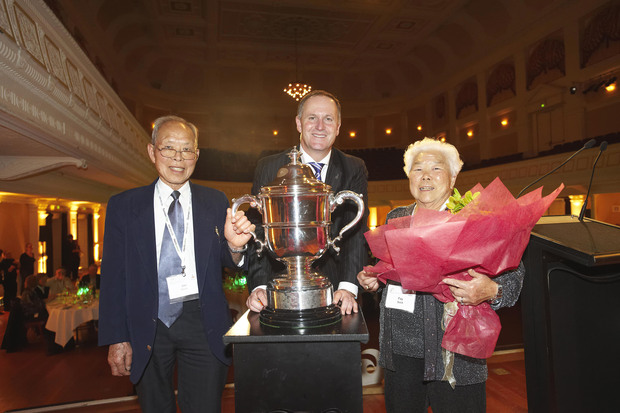 The couple both in their 80s, have come up with numerous innovations in horticulture over six decades of commercial fruit and vegetable growing,

They include being the first first to raise kumara tubers by using under-earth heating in modern hotbeds.

They developed a disease-free kumara strain and with DSIR, a prototype kumara curing shed, reducing crop loss from 50% to less than 1% , allowing kumara to be marketed all year round.

They pioneered the growing of seedless watermelons and, to distinguish this in the market, were the first growers in the world to place stickers on individual fruit .

In the 1980s, they grew large quantities of broccoli, a relatively new crop at the time.

Unable to find suitable packaging for the freshness they required for transporting it, Joe developed and patented the Gock bushel-sized polystyrene box, which can be packed with ice and are still used in the industry today.

The Gocks are also among a handful of commercially-successful growers of rhubarb, which they have exported to England and Japan.