A farming group questioned about the spending of earthquake relief money says all of the funds have been spent helping the farming community get back on their feet. 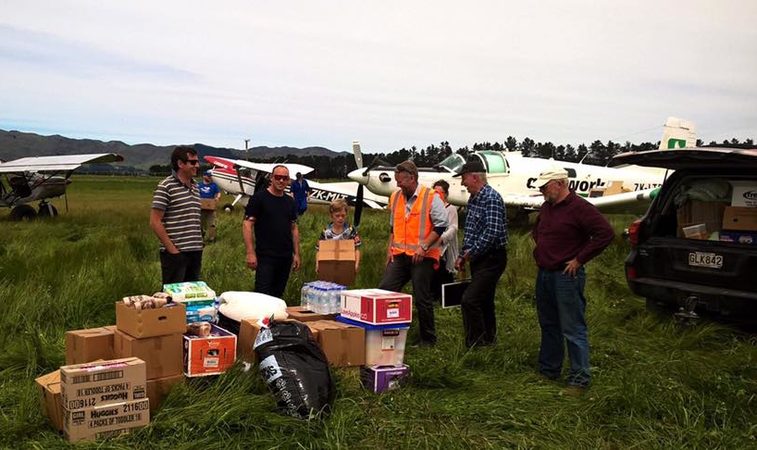 Members of the farming community come together to get supplies out to isolated farmers. Photo: NZ Farming Facebook

Questions have been asked about how more than $30,000 raised by the NZ Farming Facebook page through Givealittle, for Kaikōura earthquake relief, was spent.

Nearly $60,000 was donated in the appeal, which aimed to get supplies to earthquake-hit farmers and to cover fuel costs.

It was reported by Fairfax in February that the group had spent $27,000 on hiring heavy equipment, providing food and accommodation, and transport costs, and that the rest would be spent on special projects in the community.

The Givealittle page said: "Funds will be used for supplies and gas to get from job to job. Funds will be allocated by a financial advisor/accountant."

NZ Farming declined to be interviewed. But its founder, Tyler Fifield, said in a statement that he wanted to assure everyone who supported the Givealittle appeal that all of the funds that were raised were spent helping the farming community.

"Many of those businesses offered huge discounts for the supplies we bought, which meant we could make the Givealittle donations go a whole lot further.

"Not a single cent of the money donated has been spent on anything else but the disaster recovery effort for the rural community and we continue to apply funds and our time and energy to this cause."

One farmer, who asked to remain anonymous because of what he said was a risk of social media abuse, told RNZ last week that his request to see an audited set of accounts was met with personal abuse.

Mr Fifield said the people questioning how the money was spent were trying to discredit their organisation and damage the reputations of those involved.

"It is clear that the allegations seem to be made by an individual or farming group determined to damage the reputations of volunteers involved in NZ Farming and the momentum of NZ Farming as a community platform.

"It's disappointing my integrity and the integrity of the fantastic team working with me has been questioned."