Cropping farmers throughout New Zealand are feeling the impact of a wet autumn, with two cyclones this month leaving many crops underwater or too wet to get machinery in to harvest it. 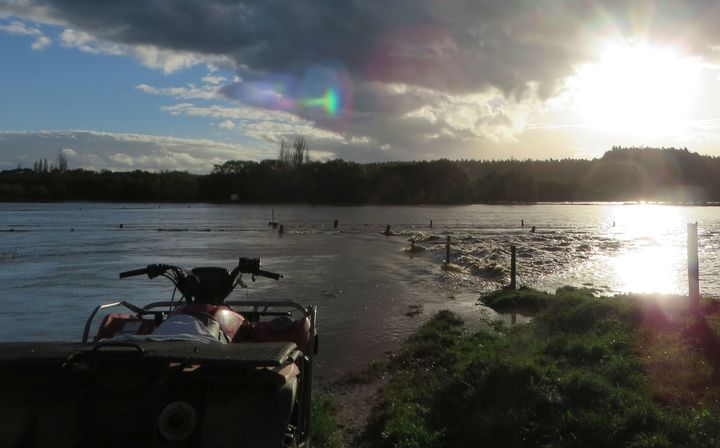 Flooding earlier this month left farms in the Bay of Plenty covered in water. Photo: Supplied

New Zealand has been drenched in recent weeks, with the remnants of Cyclones Cook and Debbie causing widespread flooding.

Federated Farmers spokesperson Katie Milne said farmers across the country had been hit in different ways by the storms and while some areas had plenty of feed, others were struggling.

She said it had been a tough start to autumn for everyone, but it was particularly challenging for Bay of Plenty farmers.

"Maize crops, which is an autumn and winter feed that was about to come off [the paddocks] to be fed to cows over winter, have been heavily effected across the region.

"It's a big shake-up for people, not just of maize. Other crops like in Canterbury where they were taking wheat crops off that's been disrupted this year too, it won't be able to go into high end products that it would've gone into."

About 5000 cows that were evacuated from the Bay of Plenty after Cyclone Debbie were being grazed out of the region.

The response from other farmers had been tremendous, said Ms Milne.

"There's been a lot of offers come in from all over the North Island to home these cows for winter which is absolutely awesome and desperately needed. There's also been plenty of offers of donated feed."