Federated Farmers is rejecting a court's call for a moratorium on any further tenure reviews in the South Island's Mackenzie Basin. 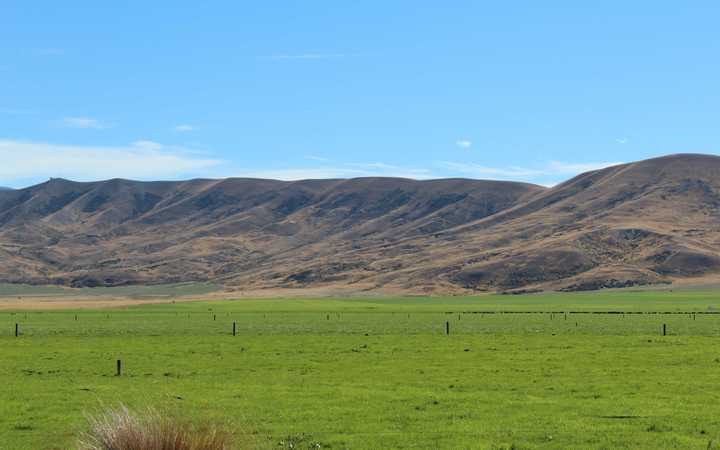 The Environment Court has found intensive farming and dairy conversions in the Mackenzie Basin are unsustainable. Photo: RNZ / Kate Gudsell

It comes after an Environment Court decision yesterday found that intensive farming and conversion to dairy in the Mackenzie Basin is unsustainable.

Under the process of tenure review, farmers are able to buy high country land they have previously leased from the government, and run it as freehold land, which means they can convert it to dairy farms.

However the court's decision recommended an immediate stop to any Crown land sales to farmers while an all-station environmental impact review was carried out.

Federated Farmers national president Dr William Rolleston said the lobby group would reject any notion of a moratorium, as further environmental protections could be factored into the tenure review process.

"It's just a blunt instrument that in our view is completely unnecessary."

He said yesterday's court decision was the 11th decision in a 10-year court battle.

Federated Farmers would need to review the 189-page court decision carefully before deciding whether to appeal any aspects of it, he said. 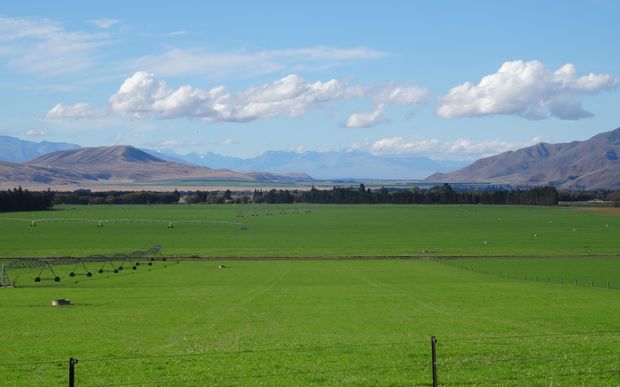 Some alpine tussock land in the Mackenzie Country is being irrigated for more intensive farming. Photo: RNZ / Graeme Acton

Balmoral Station farmer and Federated Farmers representative Andrew Simpson has been in the process of applying for tenure review for about 15 years.

He said a moratorium would be "incredibly disappointing".

"It's not only that we lose our right to fee simple title but also the Crown loses a lot of opportunity for setting aside areas for biodiversity."

Mr Simpson said some farming practises in the basin such as extensive over-sowing and topdressing had enhanced the golden tussock grassland vistas, as fertiliser encouraged the tussock to grow in a healthier state.

She believed a moratorium could help protect the remaining land from environmental degradation.

The court's decision followed a 10-year court battle over a change to the Mackenzie District Council's plan that proposed tougher rules on development.

The proposed changes, called Plan Change 13, have been opposed by farmers and land owners and largely supported by environment groups.

Mackenzie District Mayor Graham Smith said the decision meant the council could now advance Plan change 13, which he hoped would form part of the council's district plan later this year.

The decision on a moratorium rests with the Commissioner for Crown Land, Craig Harris, who told RNZ in a statement he was considering the court's comments.

RNZ seriesWater Fools? - running each day this week, on air and online - looks at the troubled state of New Zealand's freshwater. Check here for new stories as they are published.