Dairy farm employers have problems with workers taking drugs and not making a good effort, but alcohol abuse is just as big an issue, Federated Farmers says. 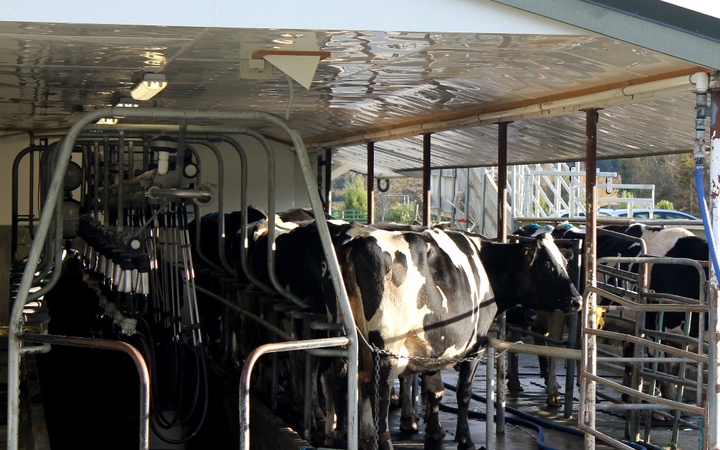 The comments come after Prime Minister Bill English said many businesses called on immigrant workers because they struggled to find enough New Zealanders who could pass a drug test.

Ministry of Social Development figures show about 30,000 beneficiaries a year are drug-tested before starting a job. In the past three years, only 466 failed or refused to take the test.

Drug use was a concern in the industry, Federated Farmers dairy chair Andrew Hoggard said.

"You certainly hear of anecdotal evidence from farmers that they have turned people away or people have failed drug tests.

"It's a combination of factors, I wouldn't say it's all about drugs, I think it's alcohol also... I've heard some stories, which would suggest to me that alcohol is probably more of a problem than illicit drugs."

Mr Hoggard said some dairy farmers did pre-employment drug tests, but he was not sure how regular it was.

"In our contracts no-one has ever had that many short-term memory lapses that I've been inspired to actually do one [a drug test]. I've got it in the contract, but I've never done one on the staff."

Immigrant workers were filling job vacancies, but not just because other workers could not pass a drug test, he said.

Some New Zealand workers were not good employees.

"Sometimes people don't even show up, or when they do show up they're late, seem disinterested. Even if they [farmers] do offer them a job they might not carry on working or they are just not up to standard."

"They are struggling to fill positions down there... we've lost some of the skills training organisations as well. There was various on-farm technical skill organisations, one was close to me in Feilding that recently went into receivership... "

Mr Hoggard said it was a challenge to attract the right people, get them skilled up and then keep them on the farm.

He said migrants were often more willing to work in remote areas.

"Our population in this country is quite urbanised... [It's hard] trying to attract young people away from the life they know in Auckland and all of the things they are used to to a completely alien environment."

When asked about what was often seen as the low pay and long hours of dairy farm workers, Mr Hoggard said the industry was working on it.

"We're actively trying to change the reality and change the perception.

"You've got to be able to have a social life as well as a work life. I think we're always going to potentially need that temporary migrant work base for some of the more remote locations."

'It's not marijuana that's the problem'

According to Horticulture New Zealand, half of the young people screened for programmes to get into its industry said they were not prepared to stop taking drugs.

As part of the interview process for the programmes, young unemployed people were asked whether they took drugs and if they would give it up for a horticulture career.

Horticulture New Zealand's chief executive Mike Chapman said 50 percent of those people would not quit drugs for a job.

"This is a problem we've had to deal with for many years... it's not marijuana that's the problem, it's really P, there's some really nasty issues out there."

"I think the prime minister made a good step putting it out in the open because this is an issue that, as New Zealanders, we need to deal with.

"We need to as a country face up to our social issues."