Construction companies blame drug test failures and a reluctance to do heavy manual work for the difficulty in finding young local staff. 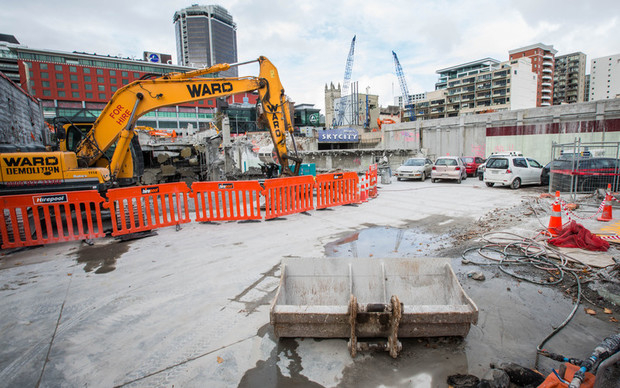 Prime Minister Bill English, yesterday blamed a skills shortage on people not being able to pass a drug test, a few months after his predecessor, John Key, said the same.

Immigration figures out yesterday showed a record run of people coming to New Zealand to live or visit in the 12 months to the end of January.

Mr English said companies tell him two or three times a week they are struggling to hire locals.

"One of the hurdles these days is just passing the drug test ... under workplace safety, you can't have people on your premises under the influence of drugs and a lot of our younger people can't pass that test."

The government does not require companies to keep statistics on positive drug testing.

The Drug Detection Agency tests tens of thousands of prospective workers every year.

While the rate of positive tests has remained at about 5 percent, the company is doing more tests and therefore failing more people, said its chief executive, Kirk Hardy.

"We've seen an increase overall in our drug testing and we now, annually, conduct about 144,000 drug tests," he said.

"A trend that has been interesting is a rise in the amount of positive methamphetamine test results."

"Particularly around heavy machinery - drug testing is a requirement, and yes, many individuals are rejected," he said.

"A lot of people don't present themselves in the first place because they know they aren't going to pass."

Drug testing has become an accepted and important part of the construction industry in the past 10 years, said Graham Burke, of Scaffolding and Rigging New Zealand.

But he said that was not necessarily the main reason workers were hard to find.

"Especially scaffolding is a very heavy job and is heavy manual labour and it's not everyone's cup of tea to start early in the morning and work for much of the day," Mr Burke said.

"There is an aspect of modern society that people like light and easy work, but certainly drug testing does make recruitment more difficult."

Kirk Hardy from the Drug Detection Agency said it was not just construction companies that were increasing their drug testing. Those in other industries such as tourism were testing more people to make sure they didn't fall foul of health and safety rules.