Prices have fallen slightly in the global dairy auction overnight. 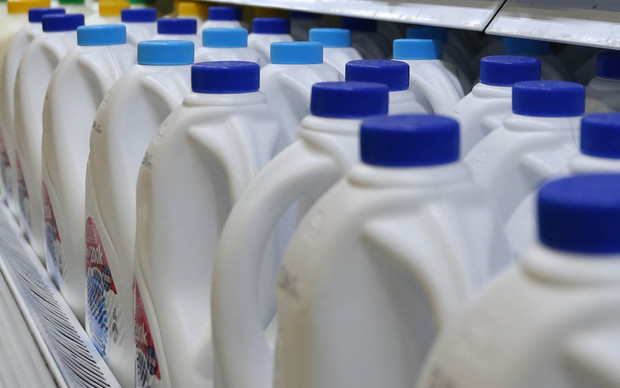 The average price fell 0.5 percent overnight to $US3656 a tonne.

The slight fall in this week's auction follows a 3.5 percent rise at the previous auction, and is the first drop in prices since the start of October.

The important whole-milk powder price fell 0.8 percent to $US3568 a tonne.

This is still comfortably in the break even range for farmers, who budget on about $US3000 a tonne to cover the cost of production.

Dairy prices have risen more than 50 percent since July, and have more than doubled from their historic lows in the middle of last year.

Fonterra's forecast payout for this season is for $6 per/kg of milk solids.

A rural economist expected Fonterra to lift its forecast payout early next year.

ASB has been an upbeat forecaster for much of the year and has revised its forecast up by 50 cents to $6.50 per kilo of milk solids.

ASB rural economist Nathan Penny said farmers could head into Christmas with some comfort about the new year.

He said there was upside risk to Fonterra's $6 forecast for the current season.

"Prices have lifted sooner and higher than we had factored in. Secondly, we believe global dairy production is going to get worse before it gets better. And in turn, we expect dairy prices can go higher in early 2017. Lastly, President-elect Donald Trump has put a rocket under the US dollar, boosting the NZ dollar milk price, particularly heading into 2017-18," he said.