The government has introduced new emergency earthquake legislation which will allow farmers to get on with patching up their farms without worrying about red tape. 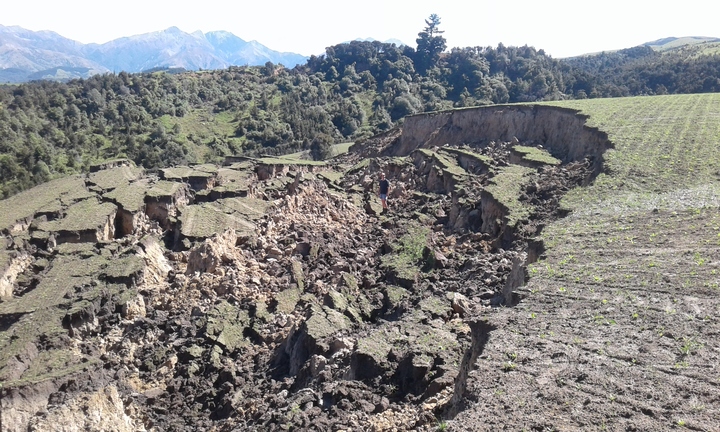 It announced three new bills this morning that will allow work to be carried out without the need for a resource consent, including the dredging of the Kaikōura harbour.

The emergency work on farms is permitted to the end of March 2017.

Until then farmers have to notify authorities of activities that might breach normal requirements, such as digging bores, within 40 working days.

"It's been a bit of survival mode and doing what they need to do to get the farm back up and running to where it was pre-earthquake.

"It's good that these changes have made it clear that they're not going to be penalised later for getting themselves up and running to a status quo. This is a very sensible move by the government."

But Ms Milne said the 30 March 2017 deadline for the emergency work could be a bit soon.

"Some of the stuff is going to take a lot longer. They'll (farmers) be able to do the initial work that gets them ticking over, but further down the track, if they haven't been able to achieve everything within that timeframe it'd be quite disappointing if it kicked back into play and they still had earthquake-related work that then fell back into some of the red tape processes that exist."

Labour's spokesperson for primary industries, Damien O'Connor, said there was a huge amount of work to be done on farms.

"Most of it would probably require resource consent under normal farming practices, but clearly these were exceptional times.

"Farmers will be comforted that they can get on and do what is necessary and not have to look over their shoulder."

Mr O'Connor said there was work, such as using bulldozers to clear tracks and slips for stock, that the new legislation would help.

"They won't have the time to rectify all their issues, there is huge, massive landslips and a lot of earthworks to be done."

Marlborough District Council chief executive Mark Wheeler said the council was now working through how the emergency legislation would be used.

"We haven't actually been able to look at all the detail yet, so our council regulatory staff are doing that now.

He said it was a positive move from the government which would likely have a minor environmental impact.