Low milk payouts and poor weather are "the straw that's broken the camel's back" in terms of farmers' self-confidence, a Waikato dairy farmer says.

Richard Cookson farms in Springdale in Waikato and supplies milk to Fonterra, Tatua and the Dairy Goat Co-operative.

He said dairy farmers were struggling mentally despite the lift in milk prices in the past couple of months. 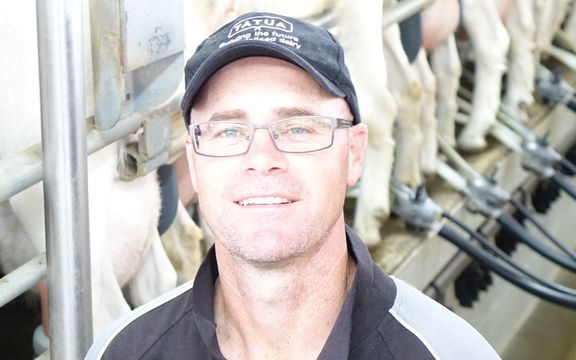 "Farmers are having to keep going on the advances that they are getting and then you add in some seriously wet weather, Mr Cookson said.

"It's one thing to get rain in September but for it to drag into October like this it's the straw that's broken the camel's back with respect to their self confidence."

He said that was reflected in the high number of calls to the Rural Support Trust.

The Trust has reported an unusually high number of calls from farmers, mainly in the dairy industry.

"Farmers are now reaching out and I think previously we would have just seen that reflected in suicide statistics," Mr Cookson said.

"Now I think through the courage of people like Doug Avery and John Kirwin we're seeing farmers realise that actually it's okay to ask for help."

Mr Cookson said most farmers were being prudent and there was more positivity come out of the dairy companies.

"But in the end we can only spend what we get so farmers are still in a holding period until they see that extra cash coming in," he said.

Having the courage to talk to others was the big step

Two years ago Mr Cookson had his own battle with depression, but said he has since reached a point where he could talk about it.

"I have a friend, we get together once a week and we have one beer and we talk, we call ourselves the 'sad bastards club'.

"It's a little bit of dark humour around the stigma associated with these issues but I stole it from one of Doug Avery's talks where he calls himself a 'sad bastard'."

"It's a cathartic thing, he said.

"It's okay, if the counsellor doesn't work then you can do something else, if that book doesn't resonate with you then there are lots of them."

It was about getting a better understanding of yourself so you can stop it happening again, said Mr Cookson.

"Farming is obviously a very stoic and masculine type of occupation and some men especially struggle with fitting that role model.

"It's difficult to own up to it firstly, within yourself, because you see all these other people being successful and dealing with the problems around them."

Mr Cookson said it was having the courage to talk to others, and that was a big step which a lot of farmers were going through at the moment.

"The shame that they may feel is sad, but hopefully we're changing that through these conversations."