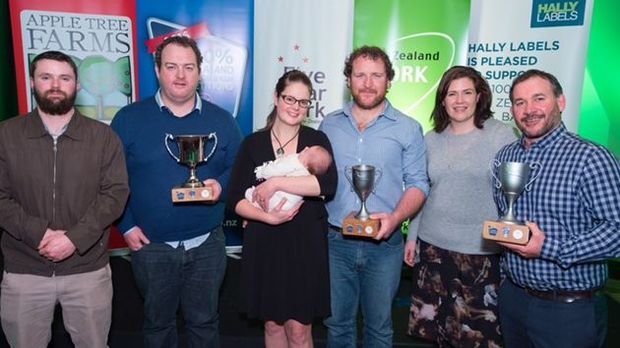 It is the ninth time the annual awards have run and there were 210 entries from nearly 50 expert butchers.

Owner of the Akaroa Butchery and Deli, Brendan Foster said winning the best ham category was a big thrill.

"It was a bit of a surprise and very humbling that's for sure.

"It just sort of got thrown on us so we launched our website this morning, Facebook, twitter, all those things. It's hard to say what it will do for business, hopefully it means growth cause every small butcher could do with some growth."

Each entry was scrutinised by an independent panel of 33 judges comprised of leading chefs, food connoisseurs and master butchers

The head judge for the competition, Anita Sarginson, said judging was a big job.

"We look for perfect balance of saltiness and salinity, and particularly in the bacon that lovely crispiness and a well crafted product made out of New Zealand pork.

"It sounds like a great job but it's actually not that easy to keep your concentration levels up and your palette fresh and to do justice to all the entries."

"I don't think I want to see bacon or ham until Christmas!" She said.