The Office of the Auditor General has ruled a Hawke's Bay regional councillor can continue voting on the Ruataniwha dam despite her having a pecuniary interest.

Councillor Debbie Hewitt applied for an exemption under the Local Authorities (Members' Interests) Act to enable her to participate in a number of decisions about the proposed $900 million Water Storage Scheme. 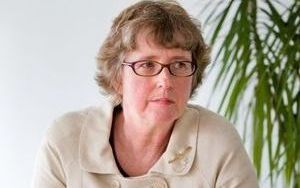 The Office of the Auditor-General said it reached the view that Ms Hewitt was likely to have a pecuniary interest in the council's decisions about the scheme.

It said it was difficult to quantify the amount of her pecuniary interest, and was unable to conclude that her interest was so remote or insignificant that it would not influence her in voting.

However, the benefits of allowing her to vote outweighed the risk that her pecuniary interest could be seen to unduly influence the outcome, it said.

Two resource consents were granted by the council to its investment company, Hawke's Bay Regional Investment Company, for the dam in January.

The consents were granted without public notification, which prompted Greenpeace to lodge an application for a judicial review.

The dam and associated irrigation scheme were expected to irrigate between 20,000 and 30,000 hectares of farmland in central Hawke's Bay.

The dam has been controversial, with its cost ballooning by 50 percent, Labour calling for it to be aborted, and Forest and Bird taking a case to the Court of Appeal over the Department of Conservation land needed for the venture.