About one in 10 serious water-consent breaches in Canterbury are being blamed on faulty water meter readings. 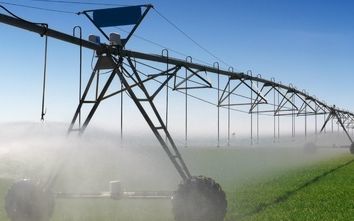 Information obtained by Forest and Bird from the Canterbury Regional Council shows there were 376 breaches in the year to July 2014, with no fines or prosecutions in any of the cases.

One farmer took 31 million more litres of water than he was allowed.

But Irrigation New Zealand chief executive Andrew Curtis said water data collected by independent companies for the Council was unreliable and preventing some from being prosecuted.

"We do know there are some people that are taking more water than they should, but you can't actually prove it to the extent where you could take a prosecution," he said.

"Quite a lot of the data isn't robust enough to go through the high bar of the court-type process."

Canterbury has nearly 6000 water-take consents, and the Council said more than 90 per cent have installed water meters to monitor how much they use.

Chief executive Bill Bayfield earlier this week told RNZ a lot of the breaches were due to inaccuracies in the data.

But the Council's resource management advisor, Richard Purdon, has since down-played that, saying they only accounted for about 10 per cent of the 376 breaches. 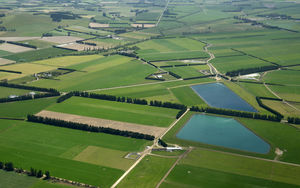 He said no data set was 100 percent correct, and mistakes were spread across the 12 companies collecting the information from irrigators.

Mr Purdon said the Council was working on ironing out its wrinkles within a couple of years.

"We're hearing the community's expectations on this. We're ramping up our efforts because we've realised our irrigation community were not meeting the demands on compliance", he said.

"We think the report from Forest and Bird is timely, because it shines a spotlight on what our wider community expects."

The Council said it was aiming to have all water takes fitted with meters by next month.