United States President Donald Trump says the "fake news media" is unfairly trying to blame him for that Christchurch shootings that killed at least 50 Muslim worshippers. 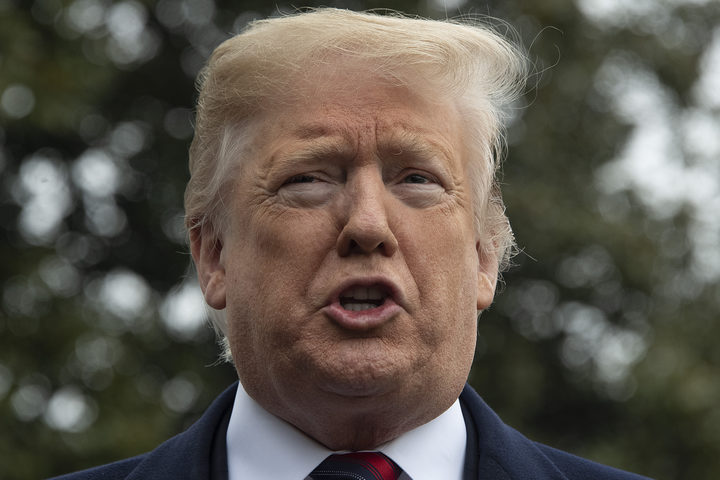 Donald Trump's plan was rejected by the Democrats. Photo: AFP

Mr Trump tweeted that the media "is working overtime to blame me for the horrible attack in New Zealand".

He added: "They will have to work very hard to prove that one. So Ridiculous!".

The Fake News Media is working overtime to blame me for the horrible attack in New Zealand. They will have to work very hard to prove that one. So Ridiculous!

The gunman behind last week's attacks left a document in which he called himself a white nationalist and referred to Mr Trump as "a symbol of renewed white identity".

Mr Trump expressed sympathy for the victims, but played down the threat of white nationalism across the world, saying he did not consider it a rising threat, despite data suggesting it was growing.

Days after the tragedy, Mr Trump came under fire for tweets in support of Jeanine Pirro, a Fox News host accused of Islamophobia, whose regular show Justice with Judge Jeanine did not air on its usual Saturday timeslot.

"The Radical Left Democrats, working closely with their beloved partner, the Fake News Media, is using every trick in the book to SILENCE a majority of our Country," he wrote.

The show's host, a former US district attorney-general, recently questioned whether Ilhan Omar, a Muslim US congresswoman, was more loyal to Islamic sharia law than the US constitution.

Fox News has not directly confirmed if Ms Pirro was dropped from the channel.

On Friday, Mr Trump condemned the "horrible massacre" at the mosques in Christchurch and the White House called the shootings a "vicious act of hate".

Asked by a reporter if he saw white nationalism as a rising threat around the world, Mr Trump said: "I don't really. I think it's a small group of people."

This comment angered some, who recalled Mr Trump's comments that blamed "both sides" for violence as a result of white nationalist and counter-protest clashes in Charlottesville, Virginia, in 2017.

In the days after that eruption of violence, ABC North America correspondent Zoe Daniel wrote that Mr Trump's behaviour was "unacceptable to most, including many in his own party".

"Especially given that a woman was killed by a man allegedly linked to a white nationalist group who drove his car into the crowd," she added.

Mr Trump's critics also pointed to his prior verbal and political attacks on Muslim populations, including the ban on people entering the US from predominantly Muslim countries, which was first overturned by federal US courts, but was later upheld by the Supreme Court.

In 2016, when Mr Trump was running for president, he was quoted as saying, "I think Islam hates us".

But allies of Mr Trump denied the attacks from his critics.

Acting White House chief of staff Mick Mulvaney appeared on television news shows over the weekend to respond to criticism that Mr Trump had not been strong enough in condemning hate speech and fomented anti-Muslim sentiments.

"The President is not a white supremacist. I'm not sure how many times we have to say that," Mr Mulvaney told Fox News Sunday.