It's the home stretch to Christmas and shoppers are flocking to malls eager to snag last-minute deals while others are keeping NZ Post extremely busy with deliveries. 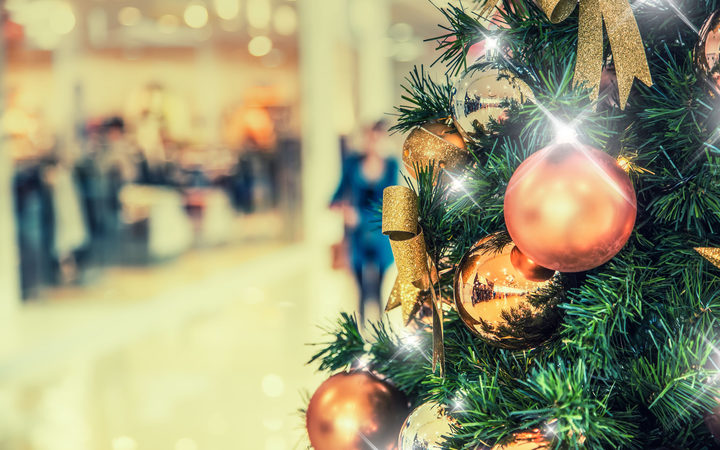 At Sylvia Park, one of Aotearoa's largest shopping hubs, centre manager Helen Roland told Morning Report it had been getting busier with Christmas around the corner.

"We've been in lockdown for months, but it's been picking up every week that we've been coming back since the 9th of November. So it's getting busier and busier."

She said things were different this year. There were no queues for the Santa Centre, instead people needed to book a spot online.

"It's a different set up and everyone's got masks on and everybody's being very sensitive.

"They seem to be very shopping very directly. They come in with a mission, they shop and they go."

The hospitality venues inside the mall, however, were not as busy due to limits on customers, she said.

Roland said this week till Thursday, the mall would be open till midnight.

"There's plenty of time to shop so people can spread across the day."

For those who wanted to visit when it is less busy, she said 9am would be the best time.

She said Boxing Day this year would also be different under the red light setting with limits on the number of people to allow for personal space. There could be queues to enter if it got "crazy".

With only five sleeps to go until Christmas, New Zealand Post is just as busy as Santa's elves - if not more.

It is delivering nine parcels a second as it goes through its busiest Christmas on record.

Couriers will be delivering right up until Christmas Eve.

New Zealand Post chief operating officer Brendon Main told Morning Report: "It's been a phenomenally busy time for us. We've put on 1000 extra people. We've got more trucks, vans, plane flights, additional facilities, and we're kind of working 24/7 around the clock to get everything where it needs to be in time for Christmas.

"Today is the absolute cut off for sending items for Christmas.

"We're asking people if there's anything left to send, please get down to your post shop as soon as you possibly can today."

He said people should also take a look at the 'authority to leave parcels' information on the NZ Post website.

He said the number of parcels this year was 24 percent up on last year.

Main said the couriers had been working extremely hard over the past few months.

"We're expecting to see higher volumes as we move into the new year. We are seeing a bit of a new norm as it comes with online shopping - things over the last two years have just continued to grow and we're not expecting to see that slow down at all."