Two of Auckland's most popular farmers' markets will not be reopening next week, though they would be allowed to under level 3 step 2. 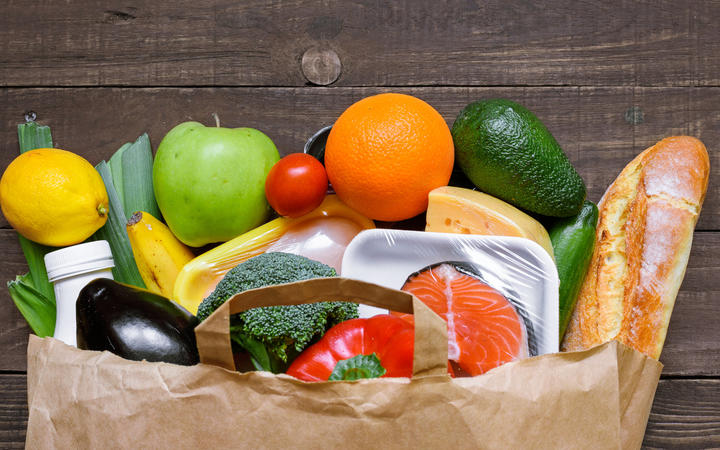 The government has signalled that from tomorrow at 11.59pm, Auckland will move to step 2 of level 3, which allows retail to open to customers with strict social distancing and mask wearing requirements. Cabinet will make the final decision on alert levels this afternoon.

But some who run farmers' markets say it's still too risky to open up without a clear mandate from the government.

Just 30 minutes drive from central Auckland, Clevedon Farmers' Market is home to over 60 permanent and seasonal stalls that sell all manner of fresh local produce and provisions from fruit and veges to meat, cheese, preserves and even fresh flowers.

This past 12 weeks of lockdown is the longest they have been closed since opening in 2005, which the owner Helen Dorresteyn said has been devastating.

"The market is a community focal point. It's a lovely place to go on a Sunday and a lot of us just enjoy seeing everyone every Sunday, so there's that aspect of it. And there's also a lot of quite stressed people that produce food for this particular food system, and it's terribly hard to get that product to the public, if you're not in a bigger shop that's allowed to stay open."

From Wednesday, Auckland was likely to move to step 2 of level 3, which means the market can open.

But Clevedon Farmers' Market has made the tough decision to not reopen until the traffic light system is implemented, which has clear vaccine mandates.

"From the market point of view, I believe we need a very clear mandate on how we're going to operate and that does not seem to be there until we reach the traffic light system and I just think it's too risky for our customers and our stallholders and staff to deal with the sheer number of people.

"It's going to be difficult telling people to mask up and asking people if they have been vaccinated and so I want to be in a position where I feel confident going forward to ask someone that."

Over lockdown they have been running a virtual market, where customers can purchase individual products as well as a 'Farmers' Market Essentials Box' which contains a range of hand-picked goods for delivery or click and collect.

Dorresteyn said they were concerned opening the market could contribute to the spread of Covid-19 in the Auckland region.

"We are in a pandemic. We're not living somewhere where they've had one or two cases. We're having 170 a day and I just I think things are going to go bananas in November and I don't want to be part of that equation at the market. While we've got the virtual market going on and the click and collect, I believe that's the safest road forward until we have a solid framework on how to go forward.

"I'm hoping the stallholders will get through this, I'm hoping our community won't desert us. They haven't so far, but I hope people come back soon and have a well fed and jolly happy time in Clevedon very soon."

An hour and half north is another well-known farmers' market, in Matakana.

Every Saturday for the past 15 years, thousands of people have flocked to the market to buy their weekly groceries and enjoy the atmosphere and music.

Matakana Farmers' Market manager Fiona McGeough said the 42 regular stall holders had lost a considerable amount of revenue over the past three months in lockdown.

"Our busy time is October through to March/April, before Covid we would probably have between 3000 and 5000 people through at the busiest time of the year on a Saturday."

McGeough said she had been watching the announcements closely but had decided, after careful consideration, not to reopen this weekend.

"We're anticipating that there will be a lot of visitors from Auckland, and we didn't know what those numbers were going to look like. Obviously, we'd be following the government guidelines, but we couldn't guarantee that we'd be able to keep everyone two-meters away from each other, so I guess when the traffic light system comes then it's mandated masks and vaccination certificates and one metre distance so that would make it a lot easier for us.

"We're all in this together. We want to do the right thing and we want to make sure that the community are safe, and all our store holders are safe and we wanted to guarantee that we could control the environment and we'll feel a bit better about that when the traffic light system is in."

At this stage they will not be operating online, but many stallholders have their own websites for customers who are interested in purchasing products.

"The logistics of putting together boxes of 42 stalls was pretty overwhelming, so they found other avenues through websites and Facebook and Instagram. But their sales are nowhere near close to what they should be at this time of the year," McGeough said.

One of the vendors at the Matakana Farmers' Market is Steve Charnley, owner of Matakana Bacon. In level 4 he has been able to sell his bacon through a few selected supermarkets around Auckland, and once Auckland moved to level 3, he sold his bacon butties contactlessly.

But with the market closed his business has been down 70 percent overall.

"The big loss obviously for us is the farmers' market, because that is really the cash cow for Matakana, that's what brings in 70 percent of all visitors to Matakana from Auckland and around the region. We've missed 11 markets now so I couldn't tell you how much money has been lost."

He has now missed 12 farmers' markets and has had to pivot to sell his bacon through other outlets.

"I miss the interaction with the customers. That's the fun part of the market, that's what the markets all about. It's a great way of interacting with customers and them sampling your products. It's a lot of fun, it's a good day out for people."

Both markets are hoping they will reopen before the end of the year.