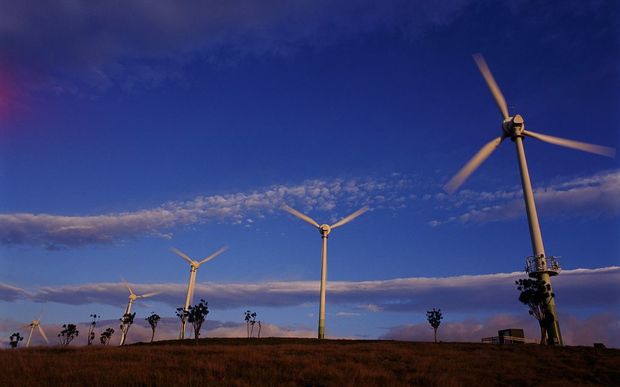 If the company meets or beats the target it will pay a lower rate, but exceeding the target will cost it more. The applicable interest rates have not been disclosed, but the difference between success or failure is $100,000.

The commitments include reductions across all types of emissions, ramping-up renewable energy generation, and social goals, such as support for gender diversity.

"We are committed to targets of removing more than 1.2m tonnes of carbon annually by 2025, from a 2020 base year, and reducing generation emissions by 36 percent," Genesis chief executive Marc England said.

He said the company would continue to use gas and coal as required to back up the country's renewable energy network, but that would not stop it from achieving its targets.

"Our goals align with the Paris Agreement to limit global warming to 1.5°C and have been verified by the internationally recognised science-based targets initiative."

He said Genesis was also the first New Zealand company to release a sustainable finance framework, with borrowing aligned to a climate transition finance handbook.

"This effectively means that Genesis has done everything possible to demonstrate that its climate transition strategy addresses material climate-related risks, and is appropriately disclosed and science-based, contributing to the goals of the Paris Agreement," England said.

The bank recently made an $85m sustainability-linked loan to Pāmu, also known as Landcorp, with targets attached.

"We encourage more corporates in Aotearoa to think about how a loan linked to their sustainability goals could transform their business, align their values with those of their customers and communities, and make a positive impact on New Zealand's carbon footprint and future," Silver said.