The biggest names in the fashion industry are making progress in meeting ethical standards with more than a third scoring above average in a Tearfund report. 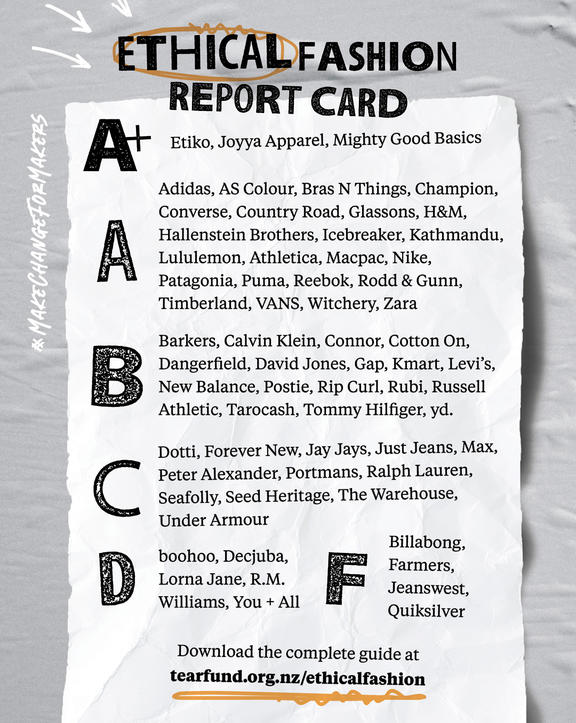 Tearfund Ethical Fashion Report has been tracking the ethical practices of large New Zealand companies over the past two years, with 10 included in the latest regional report.

The aid organisation's education and advocacy manager Claire Gray said of 98 companies surveyed in Australasia, five New Zealand companies ranked in the top 20 and one received a failing grade.

She said 94 percent of companies had a code of conduct in place, but only 4 percent took action to make meaningful changes for workers by paying a living wage.

"It's very encouraging to see the great progress made by New Zealand companies and the improvements by the wider industry on some of the basic practices to protect workers, but the systemic change necessary to reduce worker exploitation and reduce environmental impacts in the industry is lagging," Gray said.

She said brands were assessed on five themes around workers protection and environmental management.

One New Zealand company, Joyya, was ranked in the top four companies with an A+ grade while Farmers received a failing grade.