Disgruntled patrons who have resisted level 2 restrictions at bars and restaurants in Ashburton are adding unwanted stress for staff members. 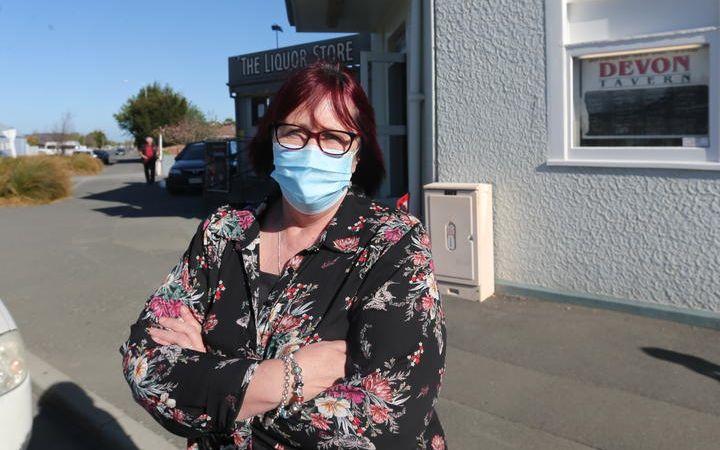 The sector is calling for more understanding from locals around level 2 compliance after some members of the public have turned aggressive and abusive when asked to wear masks on arrival.

"We just want to reduce some of the pressure and stress on them really because they're doing the best they can in difficult circumstances," Ashburton Community Alcohol and Drug Service (ACADS) health promoter Andrae Gold said.

The Devon Tavern was taking a no nonsense approach where if no one was willing to comply they would be asked to leave the premises.

"It's not their job to be policing this," Gold said.

"People should know by now what the requirements are under level 2."

Gold said there was a sense of cynicism among some of the public.

"I think there is a sense of complacency," she said.

"We don't have it in the South Island so why should we bother and I think we have some people who are resistant to being told what to do."

He urged all cafes and restaurants to uniformly adopt the same guidelines so another lockdown could be avoided.

ACADS and Devon Tavern owners the Ashburton Trust both suggested that guidance for bar managers did veer into grey areas.

"With gaming machines everyone had to be a metre apart and we applied the same rules for mask wearing as we did for other people in the bar," Ashburton Trust general manager Robert Reid said.

Later advice by the government suggested customers on the pokies should not eat or drink in the gaming area and continue to wear masks, Reid said.

"It means we're treating those two groups of people differently now and that information wasn't available to us for the first couple of days (of level 2).

"The issue is not the rules but us enforcing the rules in a consistent manner."