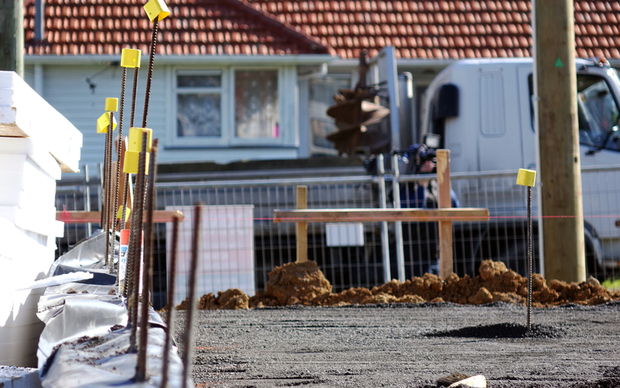 Core Logic's construction cost index jumped from 1.3 percent to 2.2 percent in the three months to June - the largest increase ever recorded.

The index measures the rate of change of building costs within the residential market and covers freestanding and semi-detached single and two storey homes.

The strong increase over the second quarter pushed the annual growth rate to 4.5 percent.

The steep rise was being caused by familiar factors, most notably skills shortages and congested supply chains which had constrained the availability of key materials.

The situation had been exacerbated as residential building consents, especially those for townhouses, remained very high.

CoreLogic chief economist Kelvin Davidson said "The construction sector has been running at full capacity and pressures have been emerging for several months now".

"This acceleration in house-building cost inflation is just another piece of ammunition for the RBNZ, which is largely expected to hike interest rates this week as they try to 'get ahead of the curve' on keeping general price rises controlled."

"It's difficult to put precise figures on how fast prices might rise, but what is clear is that anybody wanting to build a new house will be facing higher costs in future - which in turn would eventually start to crimp demand and therefore remove some of these pressures."

CoreLogic head of product Tom Coad said the sudden increase in construction costs highlighted the need for homeowners to ensure their insurance cover kept pace with the rising costs.

"As a homeowner it is so important to make sure that your largest physical asset has the right level of insurance so you're not left out of pocket or unable to rebuild or replace your home due to inadequate cover."

"In our experience, increasing sums insured by even a few hundred thousand can cost a lot less than you might think," he said.