The homewares and sport goods retailer Briscoe Group expects its first half net profit to be up by nearly two thirds on the year earlier, with strong sales across its brands. 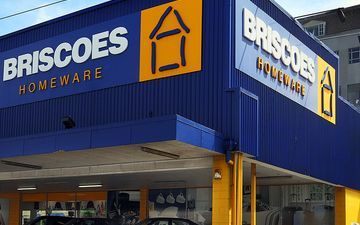 The owner of Briscoes and Rebel Sport said net profit for the six months to 1 August would be at least 64 percent up on the year earlier, or at least $46 million.

"Gross margin has continued to be very strong for the group, delivering ahead of expectations," managing director Rod Duke said

"We continue to improve the way in which we analyse and construct promotional activity and also how we manage the flow of inventory through the business."

First half group sales were up nearly 23 percent to $358.4 million.

However, Duke said the year earlier period had been significantly affected by the nationwide lockdown associated with the pandemic with unprecedented and volatile sales patterns across the first half of last year.

"Under this more normalised comparison, the group's half year sales increased by 18 percent with the first quarter increasing by 15 percent and then strengthening to an increase of 22 percent for the second quarter."

He said it was too soon to forecast sales for the second half.

"Last year's second half had significant benefit from the continued "pent-up" demand post-lockdown and also included an additional week as a result of the group realigning its financial and calendar year-ends.

"However, we are confident of producing another very strong full-year result and the board intends to provide some full-year guidance as part of the group's half-year results announcement."

The company expected to release its full first half financial result on 14 September.