Forestry contractors say they are losing money, work and jobs as a result of fluctuations in the market for timber and delays at the ports. 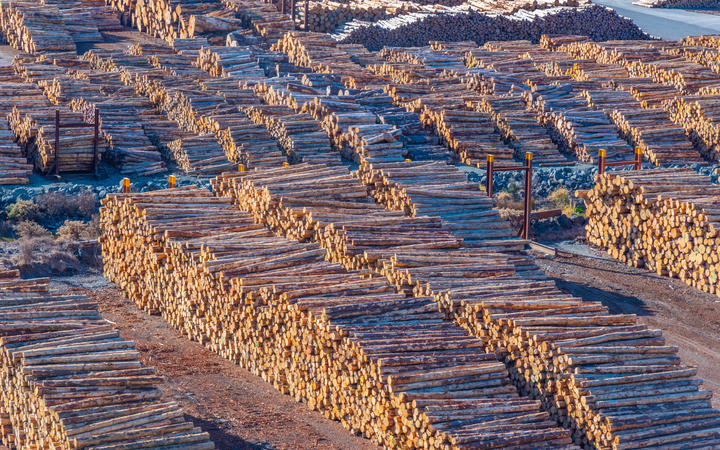 The sector enjoyed record high prices in the first half of this year, driven by the China market, but those prices have been axed in recent weeks.

"Things have been going really well."

But since that peak, things have gone off the rails quite substantially, starting at the ports.

Such high prices meant forestry owners became desperate to harvest, which led to a flurry of activity. The sector ramped up to export as many logs as possible to international markets.

For the ports, there was not the infrastructure to cope.

"All the storage facilities are full, so now all of that volume is backing up on the jobs out on the forest."

No room at the ports impacting contractors

Stubbs said he has three logging crews, but they have all had to keep a lot of loads onsite, because there is not anywhere to transport it to. One crew had to keep 70 loads onsite.

As a contractor, delays such as these start to chip away at the finances.

"It becomes borderline unmanageable," he said.

"It makes it hard, overdrafts get stretched, creditors start to get stretched out a little bit. Everybody gets affected down the supply chain.

"The [hardest] thing is just trying to keep the boys and men employed - machines working, some sort of cashflow coming that allows you to just ride the storm out before things start to improve."

Delays at the ports are the product of international shipping congestion largely brought about by Covid-19.

But on the east coast, that has been compounded by bad weather in Gisborne which has made loading impossible.

There was also maintenance work which went on for 20 days which limited loading to just 50 percent.

Ports gearing up to shift all the logs

To try and work around the problem in Gisborne, logs are being taken to Napier and Tauranga instead to try and export them as quickly as possible.

But Log Transport Safety Council chairman Warwick Wilshier said that takes a lot of time and effort, and depends on a depleted workforce.

"We're all short of drivers, there's a huge issue within our sector.

"All our borders are closed, we're not allowed to bring people in from overseas, we're training as many as we can but we're all struggling, which is not helping things, we've got trucks parked up.

"When you get really busy like this, you do get under pressure."

The diversion to other ports was putting pressure on them. A spokesperson for Napier Port said they were aware of delays but were not facing a backlog of vessels.

"Infrastructure across the New Zealand supply chain is increasingly under pressure and this has been compounded by the Covid-19-related global shipping issues.

"At Napier Port we are investing to support the industry with the addition of 6 Wharf, mobile harbour cranes and debarking which will support future requirements of the forestry industry as volumes increase."

In Hawke's Bay, adding capacity is going to become crucial: plantings in the 1990s are referred to as the 'Wall of Wood'.

They're now maturing, and so the industry is preparing for a busy decade - and the less logjams, the better. 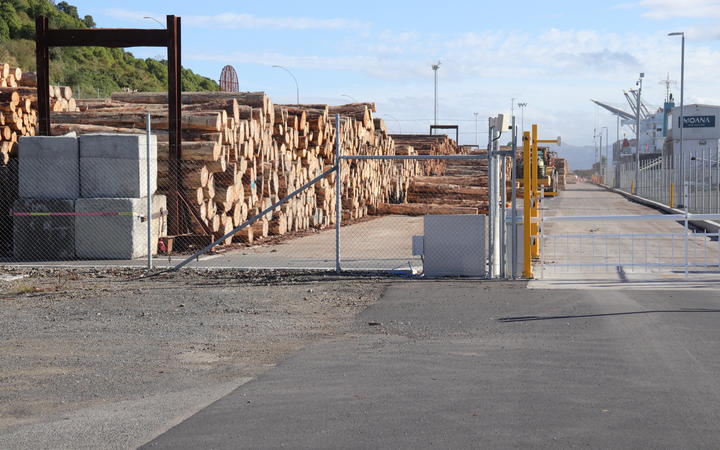 In Gisborne, the worst of the delays are hoped to be over.

"ISO Stevedores and Marshallers ... loaded over 10,500 tonnes during the day shift yesterday and the daily total tallied over 19,300 tonnes - well over the average of around 16,000 tonnes.

"Key efficiencies like this will continue to significantly reduce the current queue of vessels."

Financial stresses have also been caused by the softening of the demand for logs in China, brought about by an annual slowdown during the winter months, as well as an oversupply caused by the high prices from earlier this year.

"There will be a number of jobs in New Zealand that are paused.

"We are in a negotiation phase where [for] many cargos, the price is yet to be determined, so people are unwilling to commit to a sale when they don't know what the price is."

High shipping costs as a result of congestion and delays were also having an impact.

Stubbs said this was impacting his business already.

"One of my crews at a wood lot job will be finishing its job now, and won't have another job to go to simply because the log prices aren't good enough to continue.

"We'll have to soak that crew up amongst my corporate crew who are still managing to work."

Prue Younger of the Forestry Industry Contractors Association said this was not a sustainable way of running the industry and there needed to be a change in the way contractors were subject to the peaks and troughs of the industry.

"Stop making profits and start using their own dollars, it's just not fair."

Grant Dodson said they try as hard as they can to give contractors a solid pipeline of work.

"As a forest owner, within the business, we go to all the lengths we can possible to support those people and to give them a continuous flow of work for those contracting businesses.

"Sometimes, the larger forces of the market are too big to counter, but that's always the objective."

There are hopes that prices will start to rise again around springtime, leading to more harvesting and renewed work for contractors.