A Nelson engineering company has been ordered to pay more than $340,000 after a teenage apprentice was found unconscious in the engine room of a vessel where he was exposed to toxic chemicals. 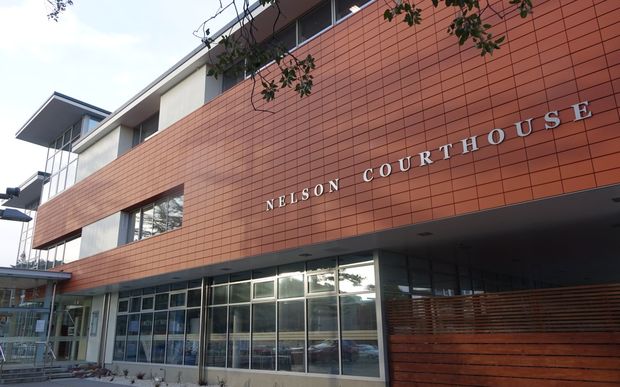 The man, who was 19 years old at the time, suffered an anoxic brain injury after inhaling the fumes of a hydrocarbon-based degreaser which has left him unable to work since the July 2019 incident.

His employer, Aimex Limited was sentenced on a charge of failing to ensure the health and safety of its employees by exposing an individual to risk of harm or illness in the Nelson District Court on Friday.

The charge carries a maximum penalty of $1.5 million.

Judge Chris Tuohy said if the man had received adequate training, the space he was working in was properly ventilated or he had been supervised, it was likely the incident could have been avoided.

"Despite the various formal documentation that may have been set up and formal systems set up by the company, there was no real appreciation on the ground of the potential for serious harm, or even death by inhalation or absorption of this commonly used substance."

Aimex lawyer Brian Nathan said following the incident the company had undertaken leadership changes, which showed how seriously the owners had taken the incident.

The man, whose name is suppressed, described in a victim impact statement how he was excited to start his apprenticeship as it had been his dream to work as a marine engineer and eventually move to Australia with his partner.

"I can't exercise like I used to as my head throbs and my heart pounds real fast. I feel faint. I can't sleep. My mind rushes because I worry I will forget things.

"I would be through my apprenticeship by now and earning good money, but I can no longer see how I could return if I could not read, write, focus or remember things."

His mother told the court how she felt emotionally drained and broken in the two years since the incident as she came to terms with how her son's life had changed.

"It was very apparent to me and others that my son was far from OK and a completely different person to whom I'd raised. It upsets me that my once well-spoken, gentle, considerate, passionate, confident, energetic, polite, caring enthusiastic son is gone."

He was initially diagnosed with a concussion but after six months and numerous appointments with specialists, he was diagnosed with an anoxic brain injury, caused by exposure to toxic solvents.

"We have been told he may never recover fully, 80 percent is hopeful over the next five to 10 years."

Judge Tuohy said Aimex had not provided the man with adequate training and equipment and he had not been supervised at the time of the incident.

"He was only 19, had just started his apprenticeship and it seems quite plain that he had no understanding of the potential danger of the material he was using."

The judge said it was clear he had suffered serious physical and financial consequences as a result of the injury.

After the sentencing, a spokeswoman for the family said employees had the right to expect they would come home healthy after work and able to continue on with their lives, while employers had a moral responsibility and obligation to ensure that was the case.

"Negligence is not a reason it's an excuse, it too often results in an ambulance at the bottom of the cliff."

She said prosecution and fines could not remove the harm that had been caused, which could have been avoided.

"After almost two years, [the victim] and his family have received an apology and those responsible have plead guilty however this does not undo the harm or give back what he had taken from him."

She said the family hoped that under the leadership of new Aimex general manager Martin Byrne, the culture within Aimex would change and become a safer environment where no one else suffered.