Wellington businesses say they feel hobbled under the level 2 Covid-19 restrictions, but are grateful for the resurgence support payment. 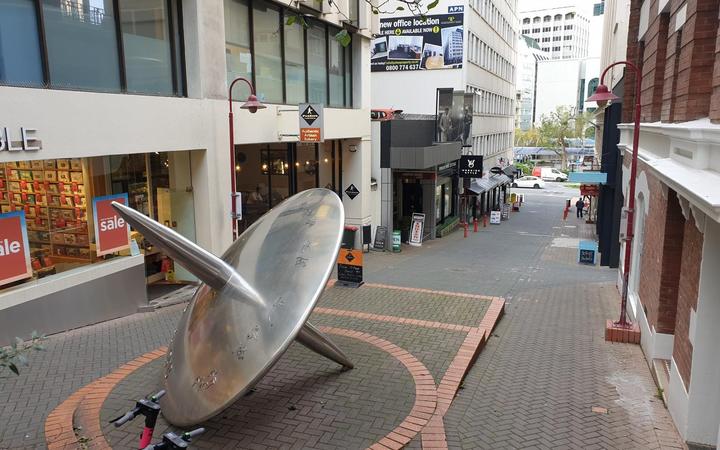 The region has been in alert level 2 since last week after a man from Sydney travelled round the capital while he had the Delta variant of the virus.

Retailers and publicans say the poor weather brought a further dampener to the city over the weekend.

For Wellington restaurants, cafes and bars, the level 2 restrictions mean table service, no more than 100 customers on the premises and social distancing are all back on the agenda.

In a city filled with tiny nook-and-cranny bars, level 2 can be a particular hassle.

Mark Davey, who is general manager of Waitoa beer, with venues in Hataitai and the CBD, said it was much quieter over the weekend than it would be normally.

"As soon as the level 2 announcement was made earlier last week probably we were expecting about 40 to 50 percent drop off in normal revenues which is basically what's happened."

He said table service slows everything down and can mean losing money over the course of the evening.

Davey said they would almost prefer level 3 over the more frustrating level 2.

"Stricter lockdown like with like guaranteed assistance from the government rather than the level 2 sort of situation where you get tied at the knees and the government's position is sort of like you can operate, you can trade, you can still make your money but actually it's just like a really slow death rather than like an actual action plan."

He said sometimes the restrictions make it hard, or near impossible, to make money. 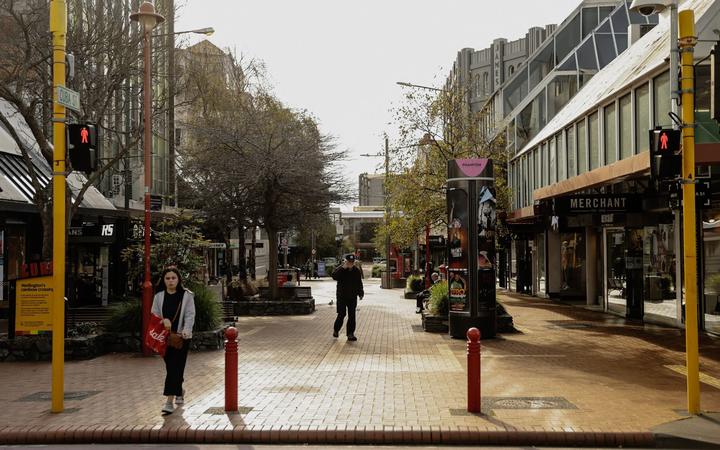 Meanwhile, shops along Lambton Quay told RNZ it had been a very slow weekend - and it was a similar story down Cuba Street.

Aria from Slow Boat Records said it was quiet, leaving them with no chance of breaching social distancing rules.

"It's been quite slow but I'd say that's the rain and level 2 mixed all up together."

Jos Ruffell from Garage Project said level 2 was not only having an impact on their venues, there was a domino effect for the brewery too.

"Our tap room in Aro Valley is pretty small and intimate at the best of times so the capacity has really decreased when we go to a level 2 scenario but probably more importantly for us is the venues, the bars, the restaurants, that is the customers of our brewery in the city, will be feeling the pain right now."

He said he is pleased there is some government support, but ideally the vaccination roll-out would be further along to give people a bit more protection.

Mike Egan from Monsoon Poon said the restrictions are not too bad, and they can work within the maximum 100 people with social distancing.

"We'll get through it - it's quite good at the beginning of the week - so there's not as much pressure on us - so we should be able to have 100 in the restaurant - just fine again.

"So we got through the weekend and yep we'll get through this again - we were really busy on Saturday night - people and everyone were getting in and people were fine about not standing at the bar."

Egan suspects Monsoon Poon will not meet the threshold to get the resurgence support payment from the government.

But those who can prove they have had at least a 30 percent drop in revenue or a 30 percent decline in capital raising ability over a seven-day period, due to an increase in alert levels, will be eligible for some financial support.

Hospitality New Zealand chief executive Julie White yesterday described the extension of level 2 restrictions in Wellington as a 'kick in the guts' for the sector.

Prime Minister Jacinda Ardern told Morning Report business sites that have been affected by the situation as a location of interest were eligible for the Covid-19 Leave Support Scheme. The Resurgence Support Payment was also available for businesses who had experienced a 30 percent drop in revenue due to the restrictions.

"We just need to roll with the punches and accept what we're given. There's nothing we can do as an industry, there's no extra help that we know we're going to get. So we just need to hope we can get through the next few days."

McLaughlin said the Resurgence Support Payment would help a bit but was not enough to cover their losses.

Adrian Hardingham, owner of Unity Books Wellington which was a location of interest, said there was a marginal increase in online sales but they were still down on business.

"I think people are a little bit nervous and that's why they're not around, so what Unity can do in particular is just reassure them but there's not a lot we can do."

Staff were all wearing masks and trying to encourage people to scan in using the tracer app, he said.

Covid-19 testing centres around the region will remain open while alert level 2 restrictions are still in force.