Big manufacturing companies are questioning if they have a future in the face of high power prices. 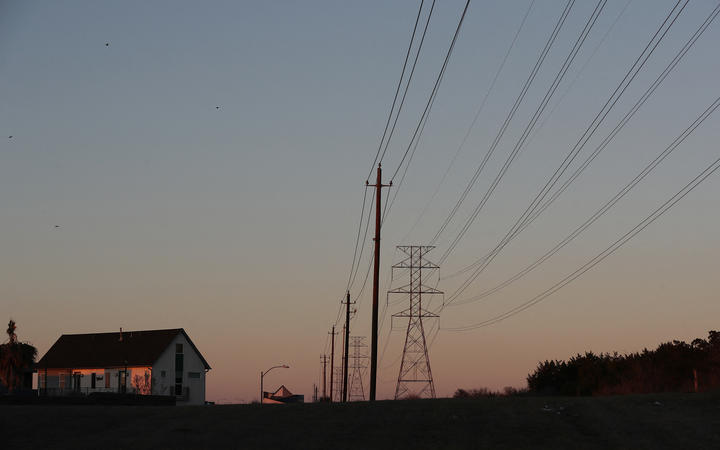 Data from energy consultancy firm Energy Link shows wholesale power prices are nearly seven times higher than they were a year ago, at $314.44 per megawatt hour (MWh) and have reached as high as $500 (MWh) in the past fortnight.

The soaring prices forced the temporary closure of the Norske Skog paper mill in Kawerau and has led New Zealand Steel to scale down its operations at its site in Glenbrook.

A recent report by the investment brokerage firm Forsyth Barr put the prices rises down to a lack of rain, hydro lake storage falling to its lowest level since 1996 and a shortage of natural gas.

"Both wholesale and retail electricity prices are under pressure and will likely increase noise from certain segments of the sector," it said.

In a speech to the Electricity Retailers Association on Wednesday evening, Minister for Energy and Resources Megan Woods acknowledged the effect these factors were having on businesses.

However, she questioned why they were at such elevated levels and said she had moved to seek out advice from officials.

However, a spokesperson from Meridian Energy reiterated that current prices were the result of extremely low rainfall for several months and ongoing gas supply issues.

But Harbord was of the view that there was not enough competition between the power generators in the wholesale market to put downward pressure on prices.

He acknowledged that while some of the power companies had announced plans for big projects to increase the supply of electricity and hopefully lower prices, it would be years before that was available.

"By that point in time, a number of major employers in New Zealand might simply be out of business because of high electricity prices in the mean time," Harbord said.

"We'd like to see the electricity authority or possibly MBIE to have a good, rigourous examination of the wholesale market to ascertain why the wholesale price has been allowed to be as high as it has been."