The government is being urged to get on with action against modern slavery. 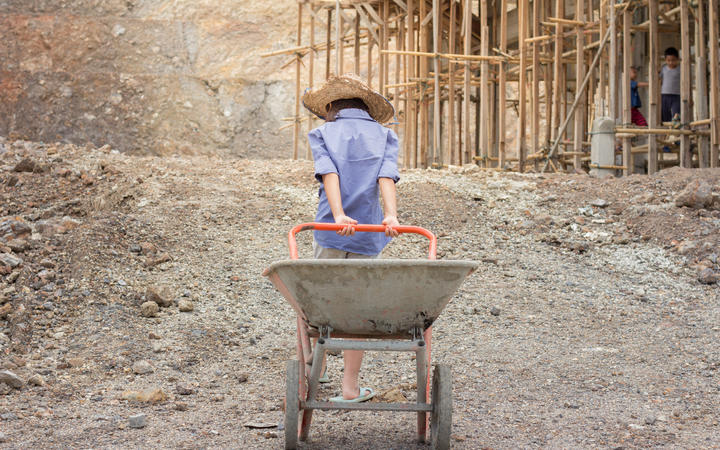 A coalition of 85 businesses and organisations has asked the government to launch a promised inquiry into whether a modern slavery act is needed in New Zealand.

The campaign is aimed at finding any instances of "modern slavery" in New Zealand, but also testing the integrity and transparency of supply chains used by local businesses.

A joint letter from the group said other countries have already enacted laws against modern slavery and New Zealand needs to act on a draft action plan it has already drawn up.

"Like-minded countries such as New Zealand - countries that prioritise ethics and sustainability - must similarly show leadership and act to end modern slavery," the letter said.

Among those putting their name to the call were major retailers The Warehouse, Kathmandu and Bunnings; large companies NZ Steel, power company Meridian, and Xero; and a host of smaller food, coffee, and clothing companies.

Modern slavery is defined as the severe exploitation of people for personal or commercial gain, in which workers, often in textile, food, agricultural, and domestic jobs, are trapped and controlled by violence, inescapable debt, or loss of documents and threat of deportation.

The campaign wants to throw light on company supply chains, and overseas laws, including Australia, require companies to report on the standards and practices affecting workers in their suppliers.

The Warehouse's chief product officer, Tania Benyon, said supply chains were complex but New Zealand had to keep pace with the rest of the world in standards and action.

New Zealand has various laws dealing with forced labour, enslavement, and exploitation of workers. Last year a Hawke's Bay man, Joseph Auga Matamata, was jailed for 11 years for human trafficking and slavery. He has appealed the sentence.