The government has welcomed a review into retirement village contracts and will be considering it further. 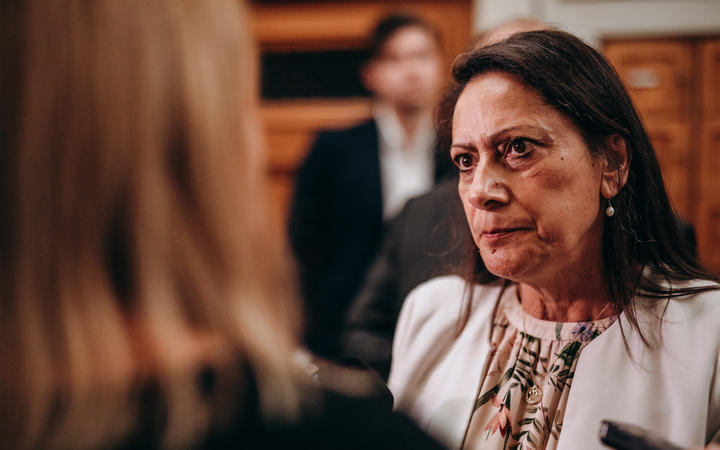 A Consumer NZ review into contracts found they favour the villages.

The bodies which represent the residents and the providers respectively disagree over whether the law - as it stands - is fair.

"There are some aspects of the law which we think could be addressed, but by and large, we think the law is fair," Collyns said.

Rose's 94-year-old aunt has lived in a retirement home in the Waikato for six years.

"The first that my aunt or any of the other residents, as far as I know, knew about it, was when work project had already started," Rose said.

"And it's just that lack of communication that they get given, and the fact that there doesn't seem to be any way you can make a complaint that's going to be heard."

The construction is due to take five years to complete, and in the meantime, Rose said it was causing her aunt distress, and depriving her of any enjoyment.

She said the development - and lack of engagement with residents - spoke to the larger issue of the power imbalance between the residents, and the provider.

She said her aunt lived in a unit which she had put a lot of money towards but did not own.

"She should be able to use that unit as she wishes.

"She's made to feel like a second-class citizen, at the age of 94."

What did the review find?

They found those agreements unfairly favour the village.

Of major concern is that residents are liable for repairs to items in their unit - but without even owning the unit.

Consumer NZ wants a major overhaul of the regulations to stop residents from being run roughshod over.

"Power's lying totally and utterly with the businesses running the retirement village.

"It's very obvious they're out to make money, they're not out to help support older people stay active in communities."

Collyns, from the Retirement Villages Association, said contracts should be clear about who paid for what, and that if it was not clear, then it was the operator who footed the bill.

When it comes to recourse for residents, if there is construction happening nearby, he said residents were able to complain.

"Many villages are in a stage of development or renewal and rebuilding," he said.

"Old units have to be replaced, and things have to be refurbished. Operators work very hard to make sure the inconvenience to existing residents is minimised."

Another issue raised by the Retirement Village Residents' Association was that the advice offered to people moving in is not always good quality.

"Every contract has by law to be passed through one's lawyer before it is signed," the association's national president, Peter Carr, said.

"Several years ago, the legal fraternity were not billed up on the law, and possibly let people in too easily."

Oceania Healthcare - one of the companies subject to the review - said in a statement, it used "plain language in our documentation," and that "the process is very transparent and care is taken to ensure that the incoming resident is fully informed".

"We do not have clauses that restrict our residents' rights to raise objections about village developments," it added.

Commissioner and minister to investigate

Carr said he would be sitting down with ministers in the next few weeks to discuss the subject of unfair contracts.

In a statement, associate minister of housing Poto Williams said: "My officials at Te Tūāpapa Kura Kāinga - Ministry of Housing and Urban Development have welcomed the Consumer NZ report and will consider the issues it raises in any future policy review.

"If a consumer thinks that a term in their retirement village contract is unfair, they can complain to the Commerce Commission under the Fair Trading Act."

The Consumer NZ report will now be passed onto the Retirement Commissioner Jane Wrightson.

In a statement, the commissioner said she was already looking at the issue of contract terms, alongside a broader discussion of the legislation around retirement villages.

A report with those findings will be released in March.