Fifteen Asia-Pacific economies, including New Zealand, signed what could become the world's largest free trade agreement over the weekend. It covers nearly a third of the global population and about 30 percent of global gross domestic product. 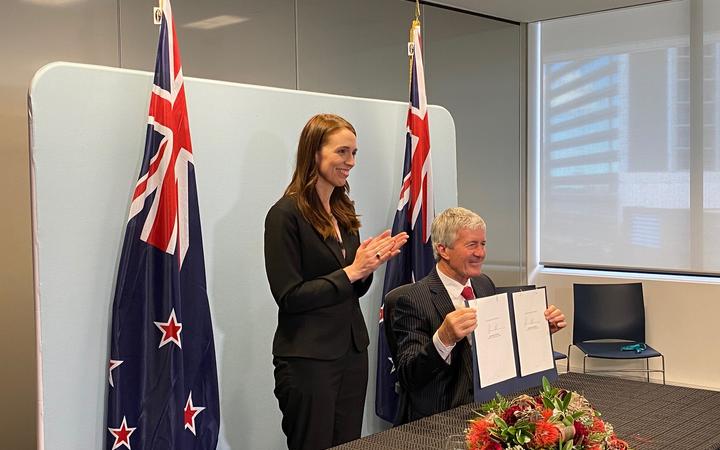 The Regional Comprehensive Economic Partnership (RCEP) will progressively lower tariffs and aims to counter protectionism, boost investment and allow freer movement of goods within the region.

India was involved in early discussions but opted out last year over concerns related to cheap Chinese imports.

Member states have said there is still room for India to join RCEP, however. Anyone can join RCEP 18 months after it comes into force but India, as one of the original negotiating partners, can join at any time once the deal comes into effect.

RCEP was signed at the end of a four-day ASEAN summit in Hanoi on Sunday and must now be ratified before coming into effect, a process that will take months to start and years to complete.

The 510-page, 20-chapter agreement was not made public before the ceremony because "a number of parties would not consent to the release of the text prior to signature", New Zealand's foreign ministry said in a statement.

According to copies of the agreement uploaded to the foreign ministry websites of RCEP member states on Sunday, the deal must be ratified by at least six ASEAN countries and three non-ASEAN signatory countries before it can come into effect.

Notably, RCEP marks the first time China, Japan and South Korea have been brought together under a single trade agreement - a process that has been otherwise marred by historical and diplomatic disputes. 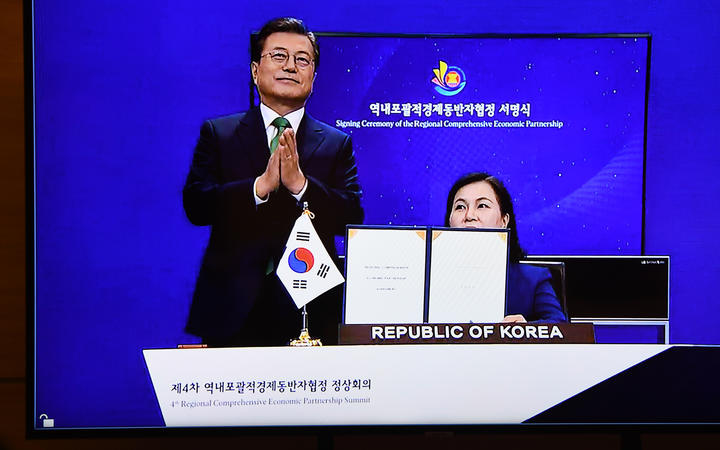 Last year, at the height of a trade dispute between Japan and South Korea, which had its roots in a dispute stemming from Japan's wartime colonisation of the Korean peninsula, South Korean officials said Japanese trade restrictions violated the "spirit" of the RCEP.

"Japan may find significant benefits [with RCEP], as it now has preferential access to South Korea and China, which it did not have," said Deborah Elms of the Singapore-based Asian Trade Centre.

When will it kick in?

RCEP provides some flexibility for less-developed members to implement the practical and legislative changes it requires. Cambodia and Laos, for example, have three to five years to upgrade customs procedures.

For countries which already have free trade agreements with each other, an added benefit of RCEP is that it creates a common set of rules of origin, which will facilitate easier movement of goods between the 15 members.

How does RCEP compare with CPTPP?

The idea of RCEP, hatched in 2012, was seen as a way for China, the region's biggest importer and exporter, to counter growing US influence in the Asia-Pacific. It gained momentum when Trump withdrew the United States from the Trans-Pacific Partnership (TPP) in 2017. 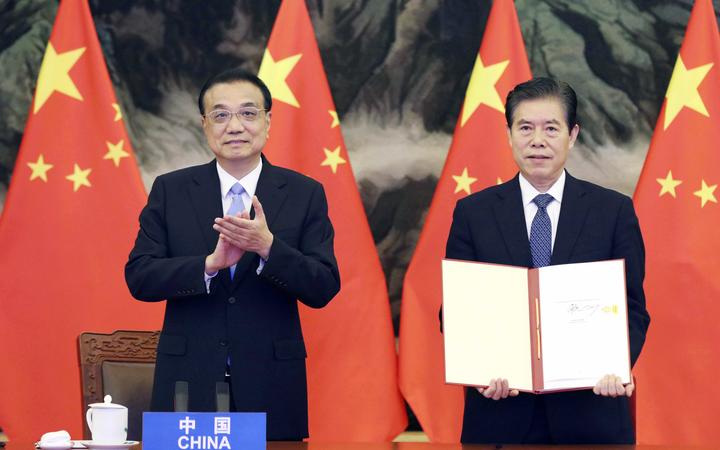 The TPP has since been renamed the Comprehensive and Progressive Agreement for Trans-Pacific Partnership (CPTPP) and it includes seven RCEP members, but not the United States.

RCEP focuses heavily on cutting tariffs and increasing market access but is seen as less comprehensive than the CPTPP.

RCEP's market size is nearly five times greater than that of the CPTPP, with almost double its annual trade value and combined gross domestic product.

"For an a agreement signed with countries that did not volunteer to participate and with such incredibly diverse membership, the quality of RCEP actually exceeds expectations," said Elms at the Asian Trade Centre.

"It will deliver significant economic benefits to many firms."