The Agritech sector has been given the money and resources it needs to step-up its international profile and lift its export earning potential. 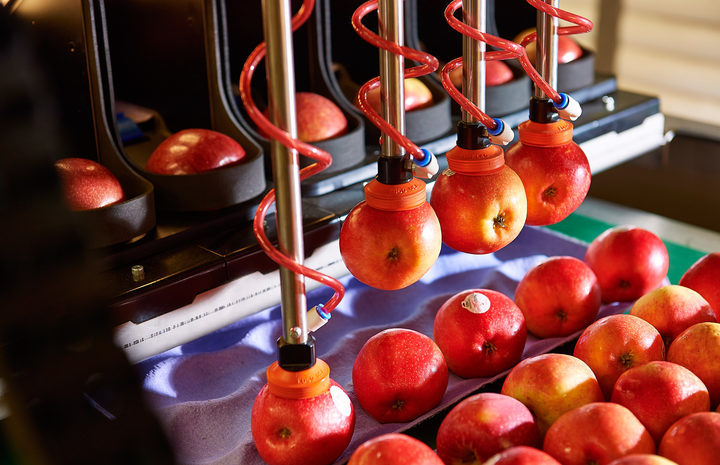 The industry has shot to the top of the government's priorities for economic growth, with $11.4 million to implement a transformation plan, backed up with the support of New Zealand Trade & Enterprise's global network.

New Zealand's tourism-focused global messaging had been muted by the Covid-19 pandemic, which put an end to international visitor arrivals early this year, with restrictions likely to remain in place well into next year.

"If we get a number of major settings right and we don't necessarily have all of them right - even any of them right - we will be able to see more companies growing more quickly, which can contribute to economic wealth in New Zealand," he said.

"The government can quite realistically expect that if it puts a little bit of budget behind it, and in national GDP terms $11 million is a drop in the ocean, but it's enough to fire up the sort of activity that can make a meaningful difference to domestic food and fibre production."

Irons said Trade & Enterprise's staff in the Americas, Asia and Europe were looking forward to the opportunity to tell a different story about New Zealand agriculture to the world, following online meetings last week.

"It's not about telling a better story, but a different story," he said.

"If we align agritech with our ability to deal with Covid, rather than our ability to follow cows around in a sequence of paddocks on a dairy farm, we will start off on a conversation with people that are going to continue listening to us, that will actually potentially move the economic needle, not just in the ag sector but for the whole national economy."

The industry group had already set up a taskforce to work with industry, investors, academics and research groups to set out the opportunities and challenges, and look at why the sector had failed to meet its potential to date.

Irons said the sector was working on three high impact projects and had six work streams to bring them to life.

These included the development of a horticultural robotics institute, creating a centre to solve global food challenges, and establishing a specialist venture capital fund for agritech.

Irons said New Zealand was already well on its way and would not need much more investment from the government to put the plans in place.

It's more about seeding confidence than seeding balance sheets. . . particularly if we avoid one Kiwi risk, I think. We just need to be careful that we align tightly, and we cross pollinate each other's intellectual property where it's appropriate, rather than duplicate."