More passengers flying again once Auckland's alert level 3 finishes and more financial support for its cargo business will influence how much of a $900 million loan is drawn down, Air New Zealand's chief finance officer says. 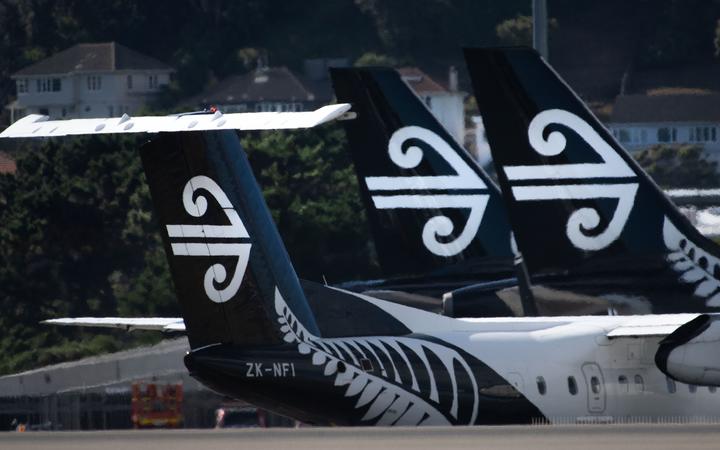 Air New Zealand is about to dip into the government loan after reporting huge losses yesterday.

The carrier reported the biggest corporate loss in recent history and its first loss in 18 years - a deficit of $454m for the year ended June compared with the previous year's $276m profit.

Much of the loss centred on the costs associated with 4000 redundancies, asset writedowns and grounded planes. Stripped of these one-off costs, the underlying loss was $87m.

The airline's domestic operations have been hit by the latest Covid-19 outbreak with social distancing requirements meaning fewer passengers can travel at any time.

As well, chief executive Greg Foran has cited concerns about the airline's ability to fly internationally if government funding to fly freight doesn't continue beyond November.

The government has given $330m in direct support to keep air freight routes open.

Chief financial officer Cam Wallace told Nine to Noon the carrier will aim to draw down the minimum of the government's $900m loan in the next few days, but needed around $200m in cash to operate.

How much it would need depended on whether domestic travel increased again once Auckland's alert level 3 finished (due at 11.59pm on Sunday) and if government support for its freight business continued beyond November.

The airline would be talking to the Ministry of Transport again about another freight support extension which was critical both for the airline and as a service for exporters and importers.

Asked when there might be clarity around the discussions, he said there was no defined timeline.

He did not rule out a capital raising exercise to offset the need for drawing on a large portion of the government loan.

"...We continue to be in constructive conversations with the government on a range of different options..."

He said the result had been a little bit better than expected, in part because many travellers had redirected their international fares into the domestic tourism industry.

Wallace said the airline was facing a complex week once Auckland moves to alert level 2. Some passengers would have to be offloaded from flights because of social distancing requirements.

However, capacity would be increased with an extra 118 extra flights and some bigger aircraft would be used. "The net effect of that means we have got 9000 more seats going into the market next week so we're very confident now that we're going to able to achieve getting our passengers from point A to point B across the network."

The airline was aiming to return to the capacity it had moved to by July - around 70 percent of its previous domestic schedule before the Covid-19 pandemic. "We're pretty pleased with that..."

However, there would not be any heavily discounted fares in the meantime as social distancing affected the number of passengers who could be carried.

Before the crisis, Air New Zealand was in a solid position with a good credit rating and over $1 billion in the bank.

"This is the largest and most significant event to hit the aviation industry ever..."

As for the current financial year, the airline was unlikely to return to profit and it was looking even more challenging with potentially a whole year of Covid-19 impacts.

"We go into that with a lower cost base, and unfortunately 4000 less staff but still there's a disproportionate mismatch between our cost of operation, the capital we have but also the revenue we're generating, especially if the borders remain closed."