Air New Zealand has posted one of the biggest corporate losses in recent memory as Covid-19 has all but grounded the airline in recent months. 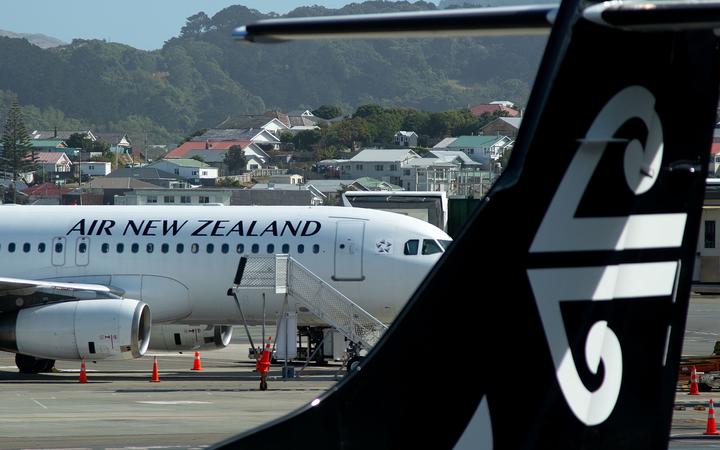 The carrier reported an after-tax loss of $454 million for the year ended June compared with the previous year's $276m profit.

Much of the loss was because of write downs in the value of planes, and restructuring costs as it cut costs and sacked about 4,000 staff, which altogether totalled $541m.

Stripping out one-off costs its underlying loss was $87m against $387m profit, as revenue fell 16 percent to $4.84 billion. The airline has received more than $100m in wage subsidies.

Chief executive Greg Foran said the pandemic had shown the airline's core strength as it moved quickly to readjust through reduced services, control of costs, and laying up much of international fleet.

But he said the airline would struggle for the foreseeable future.

"However, we have to bear in mind that with almost 70 percent of our revenue derived from international flying, while border restrictions remain in place our business will continue to be significantly impacted."

The airline has stopped virtually all international flights and has only managed to get to around 70 percent of domestic services before the recent resurgence of the virus.

"The recent resurgence of community transmission in New Zealand in August, has also reminded us that we cannot afford to be complacent," Foran said.

Unlike most of its operations, Air New Zealand's cargo business had solid growth in revenue as it increased flights for essential goods.

The carrier said it was burning cash at the rate of $65m to $85m a month, but as of this week it had $1.1 billion in cash reserves, which included the government backed loan of $900m, which it said it expected to start drawing on soon.

In March, Air New Zealand was given a $900m loan facility from the Crown, which it is able to call on if its cash reserves fall below an undisclosed level over the next two years. The government - which already owns 52 percent of the company - would have the ability to turn the loan into shares in the airline.

The loan, in two instalments, has interest rates of up to 9 percent, and there has been speculation Air New Zealand would look at an issue of shares as a cheaper option.

It said that it was looking at all options about the airline's longer term capital structure. It also shied away from giving any detailed forecast for the coming year because of uncertainty surrounding travel restrictions and the level of demand.

"However, each of the scenarios we are currently modelling suggest we will make a loss in 2021."

Foran said earlier this week physical distancing requirements meant Air NZ could sell less than half the available seats on turboprops and two thirds of the seats on jets. He said the airline could operate safely without distancing if crews wore PPE and passengers wore masks.