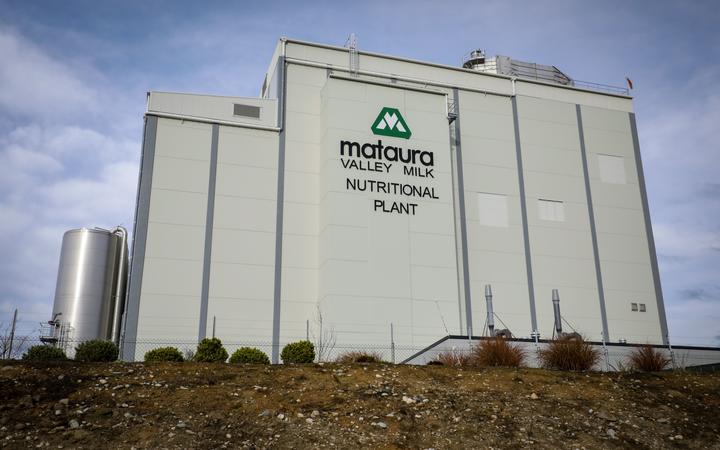 ATM has made a non-binding offer of about $270 million for a 75.1 percent stake in Mataura, and has been given exclusive right to conduct due diligence.

"Due to the increasing scale of our infant nutrition business, we have been assessing participation in manufacturing capacity and capability," ATM chief executive Geoff Babidge said.

"Our intention would be to invest further to establish blending and canning capacity at Mataura's facility to support the establishment of a fully integrated manufacturing plant for infant nutrition."

Mataura Valley opened a $240m infant formula manufacturing plant near Gore in late 2018 but has struggled financially, posting a loss of $47.1m in the year ended December.

It carries a hefty level of debt, which has left the company in breach of its borrowing conditions and looking for further financial support.

ATM had been mentioned as a potential buyer several months ago. CAHG's parent company also owns one of ATM's closest Chinese business partners.

The possible acquisition comes days after ATM posted a record annual profit and hinted that it would look to use some of its $854m cash kitty on expanding its investment in manufacturing.

ATM said its existing relationships with Fonterra and Canterbury based Synlait Milk, which it owns 17 percent of, would remain unaffected by any acquisition.